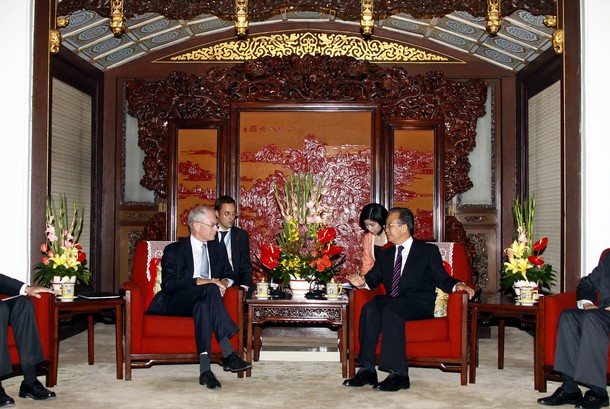 Dharamshala- On Tuesday (17 May) Herman Van Rompuy, the President of the European Council, urged Beijing to improve its international image and uphold human rights and the rule of law in China.

Van Rompuy held discussions with Chinese Premier Wen Jiabao on topics ranging from trade relations to human rights. His plea comes among recent crackdowns in Tibet, and the imprisonment of activist and artist Ai Weiwei.

He highlighted: "The upholding of universal human rights is 'of deep concern for European citizens, and it is reflected in our diplomacy across the world."

"China's contribution to implementing the universal principles of human rights and rule of law will be an important element shaping its global public reputation," Van Rompuy told members of China's ruling Communist Party.

"China's global image and influence would be 'shaped by factors going beyond its economic performance. For us, the 'Arab spring' has been a clear reminder that the values of justice, democracy and social development are universal'; referring to demonstrations in Arab countries this year that have called for changes in government. He urged China to join the 'collective effort' to integrate Arab nations better into the global economy.

His comments come after weeks of violent unrest and crackdowns in the Ngaba region of Tibet, during which many Tibetans have been injured; some killed. It also comes after the recent imprisonment of world-famous Chinese artist and peaceful activist Ai Weiwei, who has not been released or seen publicly since his arrest and detention on the 3rd of April.

Although Van Rompuy did not mention the crackdown directly, he indicated China's global image could suffer from its actions.

Van Rompuy urged to Wen Jiabao on the importance of human rights in the EU's foreign policy, and called on China to honor the international rights covenants it has signed.

Bilateral trade between China and the European Union was valued at 667 billion dollars last year.

The President of the European Council visited the south-western city of Chengdu over the weekend, and was scheduled later to travel from Beijing to China's most important commercial city, Shanghai.