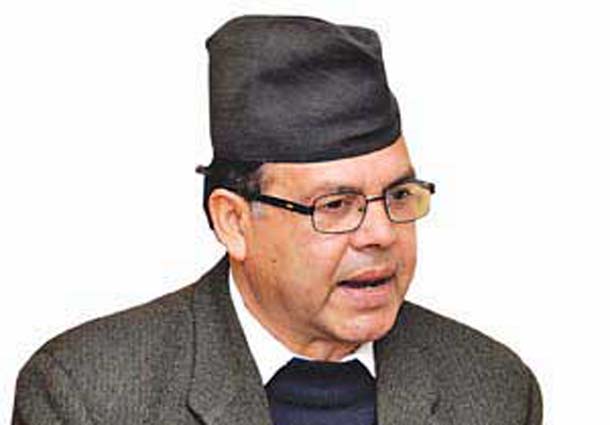 Dharamshala: In an open letter from Amnesty International, Human Rights Watch and the International Commission of Jurists, Prime Minister of Nepal, Jhala Nath Khanal, today was criticized strongly for allowing the withdrawal of criminal cases, especially the case against cabinet minister Agni Sapkota, who has been accused of murder.

Officially it is Deputy Prime Minister and Home Minister Krishna Bahadur Mahara's decision to withdraw the criminal cases provoking the open letter which reads as a stinging rebuke to the Nepali government.

"...The police did not undertake a proper investigation into the case and the alleged perpetrator has been authorized to go scot-free and has been promoted within the Maoist hierarchy without facing any inquiry or trial. The victim's widow and family have been denied justice continuously for the last six years and the nomination of the person who allegedly ordered the murder of their loved one has added insult to injury", the statement claims, referring to the case of school teacher Arjun Bahadur Lama, who was abducted by three Maoists in 2005, recruited into the Maoists' armed militia and a week after known to be handed over to cabinet minister Agni Sapkota for further investigation. According to the statement, Arjun's family later learnt that Mr. Lama was killed and his body was found buried, allegedly under the instruction of Agni Sapkota.

"The appointment of Sapkota, a Unified CPN-M member, while he is under police investigation, sends a strong signal of government indifference to such serious allegations and reinforces the culture of impunity in Nepal," the letter reads. It further states that the appointment of Sapkota was inconsistent with the principles of human rights and a criminal justice system; "Impunity denies justice to victims of human rights abuses and erodes the credibility and effectiveness of the criminal justice system in Nepal".

Home Minister Mahara had earlier announced that around 300 cases registered with district authorities against Maoist cadres are in the process of being withdrawn as they are of "political nature", but in the open letter the three human rights watchdogs write that the case against Sapkota was hardly political as it was registered by the victim's wife who faced serious obstructions in doing so and furthermore that, "withdrawing criminal cases amount to granting amnesty for conflict crimes including for gross human rights violations".

"We urge the government and the Maoists to call back Minister Sapkota, bring him to book, ask him to respect the court order and initiate investigation into human rights violations during the conflict," it said in the letter.

The letter comes only a day after Maoist Home Minister Mahara ordered a crack-down on a string of peaceful protests, including nearly 20 former lawmakers who were protesting the prime minister's move to seek a vote to extend the deadline for writing the new constitution by a year. The former lawmakers were forcefully evicted from a building near the parliament where they had been on a 17 day hunger-strike, and police forces also removed groups of women who had been meeting before parliament for almost a month, asking the ruling parties to conclude the peace process and ensure women's rights in the new constitution, according to the Mangalorean. Several other civil rights protests that were staged in the last month have also been hindered by police forces.

Ironically, the same Maoist party that cracked down on peaceful protests had led much more violent and disruptive protests for nearly two years since the fall of its government in 2009, including a six-day general strike and blockades of the prime minister's office and other key ministries.

Current prime minister Jhala Nath Khanal needs the support of two-thirds of the nearly 600 sitting MPs but has fallen short of the required number after one of his allies split, with half of its lawmakers joining the opposition.