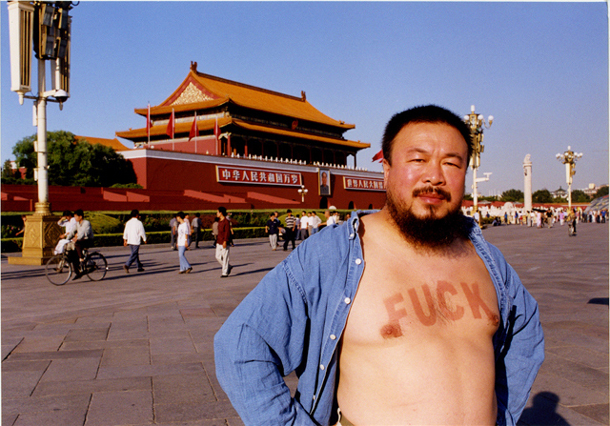 Dharamshala- In what many are calling China's most severe crackdown on human rights abuses in over a decade, Ai Weiwei, political activist and artist, has finally been released on bail from Chinese authorities. After 81 days in detention, during which authorities also performed enormous crackdowns in Tibet, the internationally respected artist was released yesterday "because of his good attitude in confessing his crimes" and due to a chronic illness, stated the state controlled news agency, Xinhua.

Weiwei, who is usually a highly outspoken critic authorities in Beijing, looked thinner, and was subdued in his comments, stating: "I'm on bail. Please understand."

The 54 year old artist disappeared on April the 3rd 2011 where he was due to board a flight to Hong Kong from Beijing airport, igniting international condemnation of China. Political leaders internationally called for his release and protests were held throughout the art world.

The official police report at the time stated that Weiwei was detained on suspicion of ‘economic crimes'.

During Weiwei's 81 days in custody, authorities in China have also acted heavily against free speech and human rights in Tibet. These included an enormous crackdown at Kirti monastery, in Ngaba, which sparked an international outcry to respect human rights in the region.

China still claims that the situation in Kirti is ‘normal' and that and that relations between monks and police are "harmonious".

Ai's works included helping design the Olympic Bird's Nest stadium for the 2008 Beijing Olympics, and last year's Sunflower Seeds installation in Tate Modern's turbine hall, which was still on exhibition at the time of his disappearance.

Despite Ai's release, several are still held in custordy, and many of those who have been freed are understood to have been released under strict conditions.

The decision to bail the artist comes just days before Chinese premier Wen Jiabao is due to visit Europe. It was expected that leaders would press the case for his release.

Mark Toner, the US state department deputy spokesman, told a news conference: "It's always a good thing when an individual who is only in prison for exercising his internationally recognised human rights is released."

The Chinese government has said Ai's case has nothing to do with human rights. However, his family believed it was retaliation for his political activism.

Amnesty International stated: "Ai Weiwei must now be granted his full liberty, and not be held in illegal house arrest as has been the pattern with so many others recently released from arbitrary detention."

The immediate release of the artists four associates; Wen Tao, Zhang Jinsong, Hu Mingfen, and Liu Zhenggang, have also been called for. The four individuals went missing shortly after him, and it is hoped that news will arrive of their condition following the release of Ai.