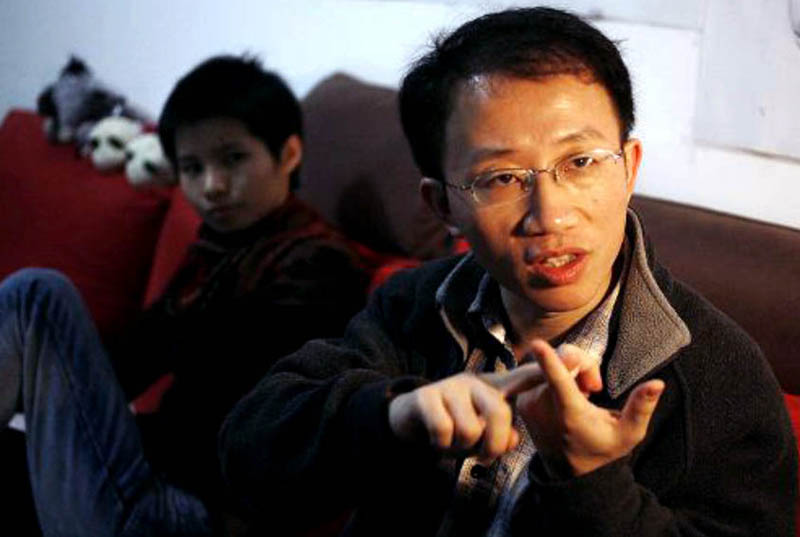 Dharamshala- After serving three years in prison for subversion, Chinese political dissident Hu Jia was released yesterday, on Sunday 26th of June. His release comes among months of human rights suppression in Tibet, and on the same week as the release of political critic and artist Ai Weiwei.

The 37 year old was arrested and detained in 2007, having already spent over 200 days under house arrest in Beijing.

In the lead up to the 2008 Beijing Olympics, Jia was described as being guilty of writing articles critical of Chinas regime, and of its appalling human rights record. Many of the articles he wrote were posted on international websites, which angered authorities in Beijing.

He was depicted as conspiring to sabotage the 2008 Games. His official sentence was for prison was: ‘inciting to subvert state power' - through speaking to foreign journalists, and writing articles on the subject of freedom.

Mr Hu was also one of the most outspoken among China on Tibetan autonomy, free speech, the environment and AIDs. He was one of Chinas best known human rights defenders, and his arrest sparked outrage from the international community.

Due to fears of a ‘Jasmine revolution', China has created a huge series of crackdowns against critics of the Communist regime recently, and particularly in Tibet, which has seen alarming amounts of human rights violations over recent months.

China faces a hugely sensitive period. The revolution among the Arab spring, and the upcoming 90th anniversary of the Communist regime has created an air of fear among those in power in Beijing.

Hu Jia will be deprived of his political rights for one year, and will surely be under close surveillance form authorities in China.

His wife wrote: "For this one year, the focus should be on treating his cirrhosis, caring for parents and child, and to avoid being arrested again".

Hu Jia was one of 303 signatories of ‘Charter 8', which called for basic human rights in China. It was published on December 10th 2008; the 60th anniversary of the Universal declaration of Human rights. Over 30 people who signed the charter were also arrested, questioned or put under surveillance.

The Charter had stated that China should allow the most basic of human rights, including the right to assembly, freedom of religion, and freedom of expression.

In 2008, Hu Jia won the European Union's Sakharov Prize. He was also recommended for the Nobel Peace Prize.

Mr Hu is a strong advocate of His Holiness the Dalai Lama, and often expressed sympathy for the exiled leader. However, after his arrest and detainment, it is thought that he will find it extremely difficult to express his poignant views.