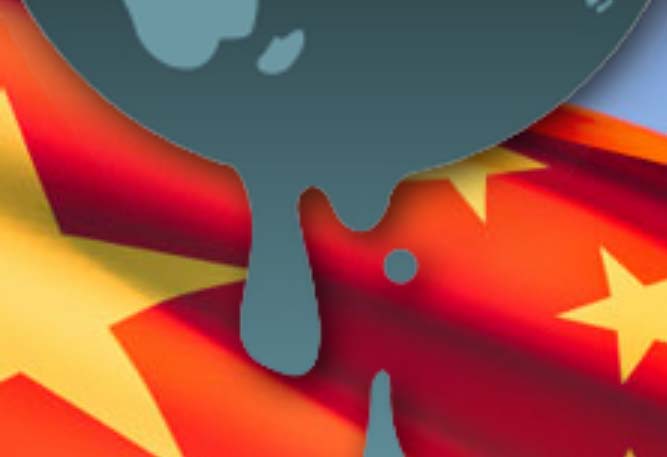 Dharamshala- A Danish Daily newspaper has revealed ‘classified Chinese documents' of Government information; including the urgency by Beijing to "reduce the power that supporters of Tibetan independence...enjoy in the international public opinion".

The source of the released classified information has been kept anonymous, however the Danish daily newspaper ‘Information', have documents from the Central Committee-which is an integral cog in the Communist Party and its ‘Central Propaganda Bureau'.

In a chilling message, one line reads:

"In particular, crackdowns must be imposed on any aggression directed against the party and its leaders as well as against the promotion of other political systems and a free press."

The documents are dated between January and March of 2011, and highlight the desperate measures the Communist Regime is attempting to impose on its people. The leaked information reveals China's growing control mechanisms over its own people, and the need to keep up national appearances on an international scale.

The party aims to prevent its people from accessing ‘politically sensitive information' by ‘improving monitoring methods'. A dark statement reveals crackdowns will occur:

‘...on any aggression directed against the party and its leaders as well as against the promotion of other political systems and a free press.'

The classified document also reveals paranoia of the image the ruling party hopes to create of China, calling for propaganda statements influencing discussions in chat-rooms and on blogs. The information goes on to reveal a distrust of the West, which it blames for preventing growth in the region and of hampering its global influence.

"They [the West] are trying by all means to contain our development, to defame our image and to infiltrate our ideology and our culture. They are trying to pressurise us to accept Western values and a Western political system."

The report added that it would tighten control over foreign journalists and Non-Government Organisations, and prevent ‘regime enemies from speaking their mind in foreign media'.

The daily life and basic rights of the Chinese people, and of Tibetans, are likely to worsen if the leaked document provided by ‘Information' proves true, and Beijing is likely to be met by an international backlash against Human rights on the issue.