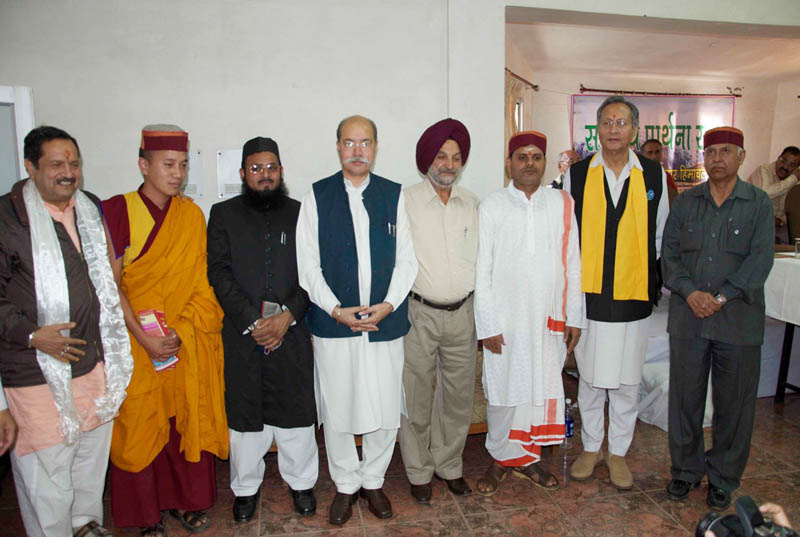 Dharamshala, India: - Indian leaders reiterated their support in finding a lasting solution to the issue of Tibet and called on the international community to work together towards realising the goal.

Addressing a symposium organised by the Himalayan Parivar in Dharamsala on Friday, Major Vijay Singh Mankotia said: "When I received the invitation to attend this gathering, I said I would be present in any form whenever it concerns the issue of Tibet."

Major Mankotia, who was a former cabinet minister of Himachal Pradesh, said "large influx of Chinese population into Tibet threatens the survival of the Tibetan as a distinct people and their identity and heritage."

In his remarks, Indresh Kumar, a senior Indian leader, expressed deep concern over the deteriorating human rights situation in Tibet and paid homage to the nine young Tibetans who self-immolated for freedom and the return of His Holiness the Dalai Lama to Tibet.

He evinced optimism that His Holiness the Dalai Lama and his people would one day return to his homeland with dignity and freedom.

He also said that the world governments should keep aside vested interests and work unitedly towards securing a durable solution to the problem of Tibet.

An inter-faith prayer service, the first of its kind in Dharamsala, was also organised during the symposium. Priests from different faiths such as Christianity, Hinduism, Islam, Sikhism and Buddhism offered prayers for peace and harmony in the world.

Mrs Dolma Gyari, Kalon for the Department of Home and Mr Tenzin Phuntsok Atisha, Secretary for International Relations of the Central Tibetan Administration, attended the symposium. Members from both the Indian and Tibetan communities joined in large numbers.