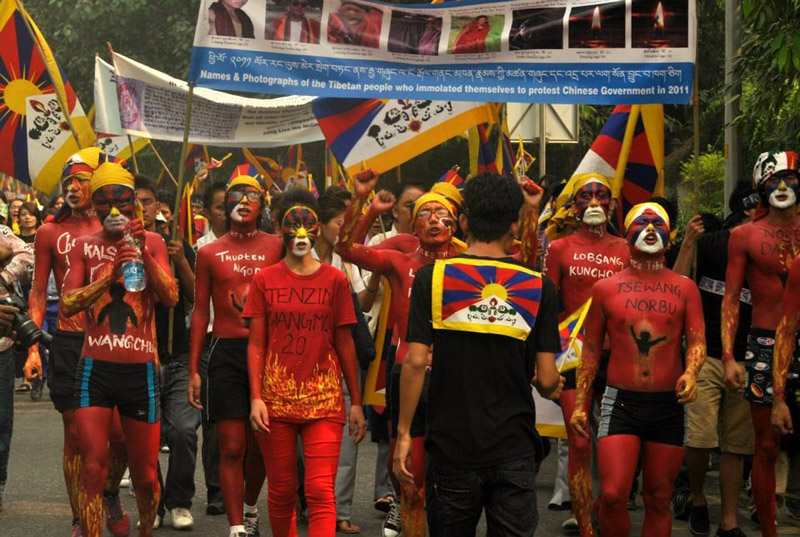 Dharamshala: - Tibetans and supporters around the world are taking part in activities including mass prayers and protests as part of global days of action on Tibet to express solidarity with Tibetan people living inside Tibet. Twelve cities from the Latin American region on 2 November will undertake a solidarity action in support of people in Tibet.

Florianopolis, Recife, Rio de Janeiro and Sao Paolo in Brazil; Mexico city, Morelia, Queretaro, Monterrey in Mexico; Montevideo in Uruguay; Santiago in Chile, Bogota in Colombia and San Jose in Costa Rica, where the activities will take place, according to the Tibetan official media, 'Tibet Net.'

The local organizers are currently making efforts to mobilize the general public for the Solidarity Action for Tibet using social networking facilities through friends, relatives and colleagues.

Banners, fliers and other publicity materials have been prepared to educate the general public on the deteriorating situation inside Tibet, particularly in Ngaba. The local organizers have also been approaching the local media, print, radio and TV to cover the action.

Tibet supporters, Friends of Tibet and members of Buddhist centers are also actively participating in signature campaigns on the Ngaba issue launched by the International Tibet Network and the International Campaign for Tibet.

"Since the Communist China’s occupation of Tibet, the Tibetan people have been undergoing untold suffering. Through its propaganda Beijing shows a different image, but in reality China practices colonialism and systematic destruction of the unique Tibetan culture, religion, language and environment because of peaceful Tibetan demonstration," said an issued statement of Kalon Tripa recently.

The democratically elected leader of Tibetans, Dr. Lobsang Sangay has urgently appealed to the international community, governments, parliaments and Human Rights groups around the world, including the United Nations and the European Union to send fact-finding delegations into Tibet, so far, the UN and the EU have not responded to the present crisis in human rights of people in the Himalayan region.