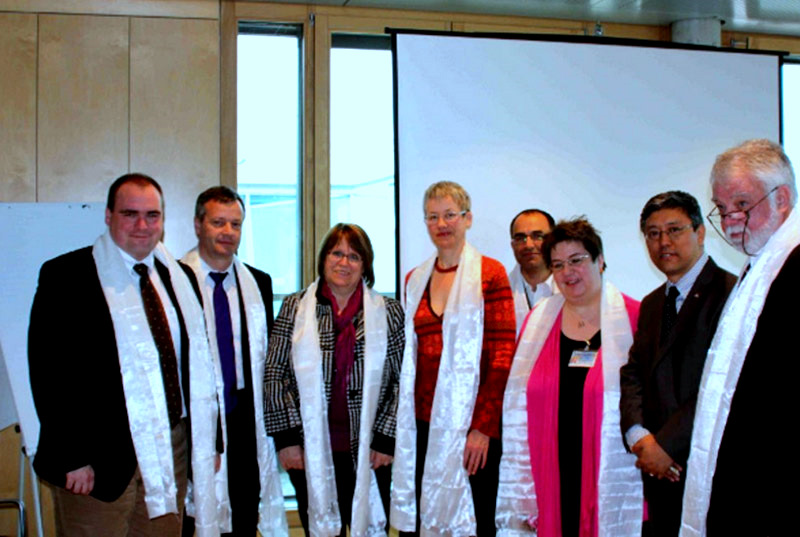 Berlin, Germany: - Three members of the German parliament wrote an open letter to German Chancellor Angela Merkel urging her to speak up for Tibet at the G20-summit in Cannes. The current situation still remains tense in eastern Tibet, particularly in Ngaba county and a total of ten people already self-immolated within Tibet in protest against Chinese repressions.

The letter said that "The situation inside Tibet is currently escalating at a dramatic pace. The recent self-immolations of eight Tibetan monks and one nun are adding up to a dangerous and possibly explosive atmosphere. In a massive show of force, the Chinese government is deploying more military and police to brutally suppress all forms of resistance."

The letter further added that "Even small acts of disobedience lead to arrests and torture. For years families are left in the dark about the whereabouts of their loved ones. Most affected are the monks and nuns of Tibet's various monasteries. The Tibetan people are suffering and living with a feeling of cultural and religious genocide."

"We the undersigned are actively deliberating this issue in the Bundestag's Tibet-Discussion Group and would like to ask you to advocate for an immediate end to the Chinese violence towards the Tibetan people, in talks with the Chinese leadership during the upcoming G20-Summit in Cannes."

"Please use all your leverage, so that the Tibetan people's basic human rights that are enshrined in the Chinese constitution will be respected," it said.

"With your bold reception of His Holiness the Dalai Lama in the Chancellery you have already set a bright example. But the Tibetan people need more political support, especially from Europe. We should not convey the impression that human rights are being traded for economic success and commercial relations."

"We hope that you can use the G20 Summit to call on the Chinese government to respond to the Tibetan people's legitimate demands with a meaningful dialogue instead of force," the letter concluded.