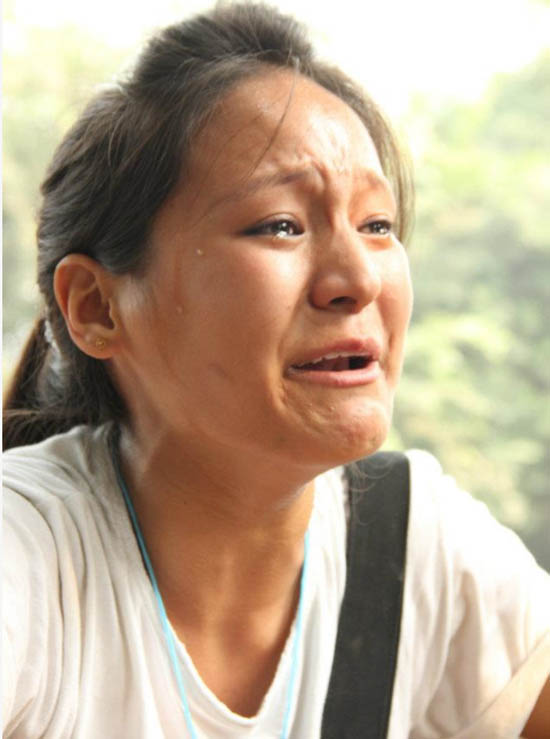 Dharamshala: - On October 20th of this year, China claimed that the capital of Tibet, Lhasa (Ch: Tibet Autonomous Region), saw the founding and inaugaration of the Tibet Buddhist College, a 99.33 million yuan venture in creating a "modern academic system" to integrate Tibetan Buddhism with a socialist society.

Zhu Weiqun, vice minister of the United Front Work Department of CPC Central Committee states, "The building of the college not only meets the demand of bringing normal order to Tibetan Buddhism but also fits nicely to the development of the times".

In Lhasa, a grandiose ceremony took place for the opening of the academy, which boasts a 600-strong faculty, 13 significant lamas from across Tibet and 150 monk students.

Related officials allege that the college will inculcate a modern curriculum in the teaching of political and religious studies to Tibetan students. Aside from the modernization of Tibetan Buddhist study systems, Weiqun states that the institution will "effectively fight against splitists' attempts to infiltrate through religious fields". Hao Peng, vice chairman of TAR claims that the college is "dedicated to the protection of religious freedom".

One might see the establishment of this ‘modern' academy in Lhasa as a Chinese attempt to gain control over the dissemination of Buddhist studies in Tibet, thus deeming the 1000 year old monastaries in the region as obsolete and backward.

Repressed and robbed of religious freedom and human rights, the Tibetan struggle for independence has heated up and gained momentum over the past few months. In a separate incident, Tibetans in exile in India, staged a demonstration outside the Chinese Embassy in New Delhi on Thursday, the 27th of October. The demonstration was a follow-up to the ‘Chalo Delhi' cycle rally oganized a few days earlier in support of Tibet.

In the wake of a string of self-immolations, the 10th by a Tibetan monk in China's Sichuan province this Tuesday, the demonstrators protested over the increasing atrocities of the Chinese in Tibet. "Since March, ten people have died, ten people put fire on their body to protest against the Chinese military deployed in Eastern Tibet and they ban all the basic human rights, they don't have any freedom, they don't have basic human rights," said Tenzin, a protestor. "We are appealing to the United Nations to implement our basic human rights in the Tibet. Don't just Tibetans want the economic power of China; we want human rights," he added.

Since Chinese occupation of Tibet in the 1950s, the Chinese government has implemented a physical and verbal offensive against the Tibetan people, the former seen in the atrocities and killing of around 1.3 millions of Tibetans by Chinese government. In addition, they have repeatedly accused His Holiness the Dalai Lama of encouraging the self-immolations, deeming the acts as "terrorism in disguise". The most recent clash over the issue of His Holiness' succession has only added fuel to the fire.

The diplomatic stance of the international community along with the failure of the Chinese to comply to Tibetan demands have led protestors to settle on violent means in order to be heard. According to Tibetan sources, a bomb devastated a Chinese government building in the Chamdo district of Tibet. The news of the blast, which took place in the early hours of October 26, was reported by international media. A Chamdo government official confirmed that there were no casualties, since no one stayed in the building overnight.

The building in the Dzagyu Karma township was painted with red pro-independence slogans and the area around it, littered with ‘Free Tibet' leaflets. The entire area is now under high security surveillance, and the Chamdo county has been cordoned off by armed Chinese soldiers and police.

Several reports have confirmed a bomb blast but nothing is known about who carried it out or why. In an effort to frame His Holiness the Dalai Lama, Chinese officials have detained monks of the neighbouring Karma monastery on suspicion of being involved in the bombing. This is not the first time that China has accused Buddhist monks of involvement in the blasts.

'Since 2008, escalating Tibetan demonstrations have conveniently been punctuated by bomb blasts, the responsibility for which has then been put upon Buddhist monks', says Mr. Dhardhowa, the editor of the Tibet Post International. 'Moreover, the allegations made by the Chinese government for the same, were issued without any evidentiary support. The blasts work to create an impression of Tibetans in the global sphere that justifies the Chinese's treatment towards them and distracts the international community from the real injustices taking place in Tibet'.

The Chinese state-run media have not run any reports regarding the blast, and calls to government offices in the area have gone unanswered.