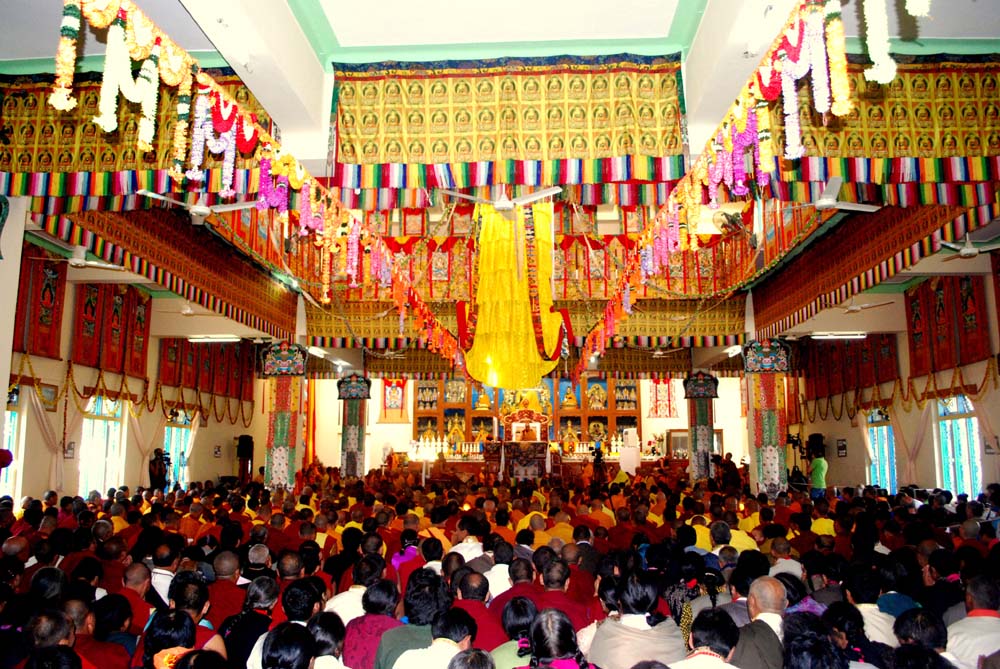 Karnataka, India: - His Holiness the Dalai Lama, the spiritual leader of Tibet began a three-day visit to south India on December 5 and, during his teachings at Gyudmed Tantric University in Karnataka state, told followers that one should strive to become a 21st century Buddhist with both traditional values and a modern education.

Whilst delivering teachings on the Commentary on the Five Stages by Nagarjuna, His Holiness underlined the need to understand Buddhism in order to develop a higher faith.

"I always say that study and practice are both very important, but they must go hand in hand," he said. "Not merely belief - faith alone is not sufficient.

"Faith needs to be supported by reason. Whatever we learn from study we need to apply sincerely in our daily lives."

Addressing a crowd of over 10,000 people, including monks and nuns, the Buddhist spiritual leader and Nobel peace laureate also emphasized the need for peace and compassion in the modern world.

He pointed out that the nearly 300 volumes of Gautam Buddha's teachings should not only be the object of prayer and prostration, but that we must engage in the study and analysis of the Buddha's teachings, instead of simply relying on faith.

Speaking on education, His Holiness said the "study and practice of the Buddha's teachings is necessary to preserve and promote them. Therefore, it is very important that these days have seen a growing interest among the Tibetan Buddhist institutions, nunneries and monasteries India and Tibet."

Addressing a group of new arrivals from Tibet, His Holiness continued that China has stepped up religious restrictions inside Tibet.

"Today, there are about 500 new arrivals from Tibet [here]," he said. "In actual fact, there is no real religious freedom in your homeland - no opportunity to listen to Buddhism as a religious practice - considered political matter...

"All of you have reached here after passing through a difficult journey. Therefore, I would like to offer my special greetings to you all."

On the morning of December 7, His Holiness the Dalai Lama will conclude his teachings, and a public ceremony offering prayers for his life will also be performed.

In the afternoon, he will open the new School Of Snowland Tibetan Studies, and perform a ritual (rabney) consecration.

70 lay students from the Tibetan Children's Village Schools will study Tibetan language, Buddhist philosophy and Buddhism there, during their winter vacation from January 19 next year.