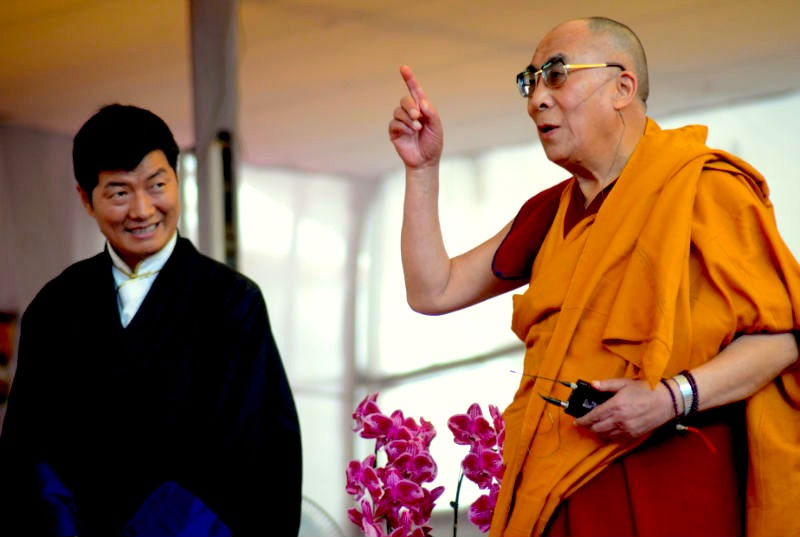 Bodhgaya, India: - Many problems exist in the world including those which are essentially man-made problems, however solutions to these problems lies with human beings, said the spiritual leader of Tibet, His Holiness the Dalai Lama on Tuesday, January 3rd in Bodhgaya, during a special audience with the people from Tibet, China and the Himalayan region on the third day of his 32nd Kalachakra teaching in Bodhgaya.

During a special audience with over 8,000 people from Tibet, China and the Himalayan region on the third day of his 32nd Kalachakra teaching in Bodhgaya, on Tuesday, January 3, His Holiness asserted that many of the world's problems, including Tibet's, are man made.

Adding that Tibet's problems are not caused by natural disasters, but by a lack of understanding among Chinese authorities on aspects such Tibet's history and rich cultural heritage, he said: 'Tibet has the truth and the truth will definitely prevail one day soon.

'The reality cannot be concealed for long. Therefore, be happy and keep strong.'

His Holiness said that Tibetans in exile live in freedom, following fair and truthful democratic systems, but expressed his concern for Tibetans living under repression in Tibet, stating:  'Everybody wants Happiness, no one wants problems, and ignorance is the root of all suffering.'

The Tibetan spiritual leader told the crowd that people in Tibet have suffered under Chinese occupation for nearly six decades, but that their spirit and strength remained unshakeable and very strong. He said: 'The real owners of Tibet are the Tibetan people inside Tibet. You are part of it.'Tibetan people from all three provinces have suffered immensely under Chinese control for nearly 60 years, ever since I took the political responsibility of Tibet.'

His Holiness underlined the need to understand Buddhism in order to develop a higher faith. 'I always say that study and practice are very important, but they must go hand in hand,' he said.

'Faith alone is not sufficient. Faith needs to be supported by reason. Whatever we learn from study we need to apply sincerely in our daily lives.'

'Some documents say that there are around three million Buddhist followers in China, and that number is increasing,' said His Holiness. 'The 1.3 billion Chinese people have every right to know the reality and with our ancient tradition and wisdom, every Chinese person has the capacity to judge what is wrong and what is right.'

According to Tibetan officials, devotees from 63 countries, including 35,000 Buddhists from the Himalayan region, 1,000 Taiwanese, over 1,000 Indians, over 1,000 Chinese, 8,000 Tibetans from Tibet, and more than 20,000 Buddhist monks and nuns are attending the 10-day Kalachakra initiation.