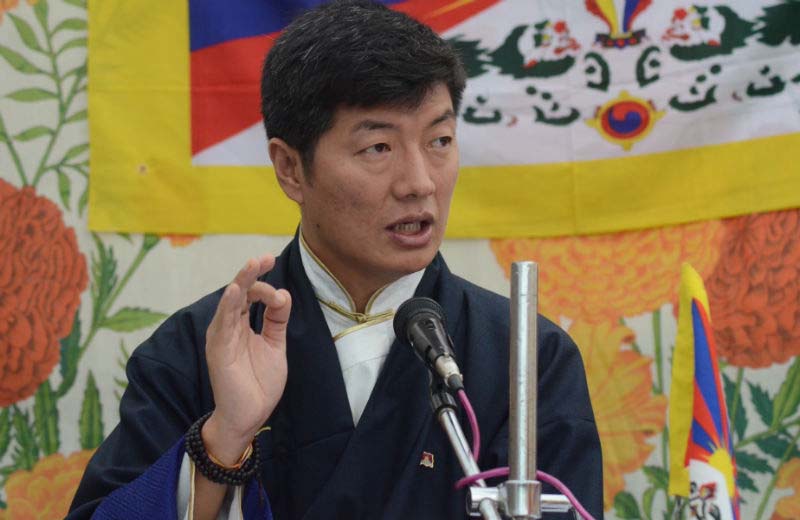 Haryana, India:  The Kalon Tripa (Minister) of Tibet, Dr. Lobsang Sangay on 12th January said, "Only democracy can resolve the issue of Tibet."

He made this statement at a public lecture titled 'Democracy in Exile: The case of Tibet,' organized by Jindal School of International Affairs at Sonepat in Haryana, India.

Speaking highly of the Indian democratic tradition, Dr. Sangay stated that the Dharamsala-based Central Tibetan Administration has been inspired to follow the same.

He also spoke about Tibetans having learnt many essential traits from India's democratic system and implementing the lessons in exile and cited examples of committing to resolve social issues through dialogue and encouraging vibrant yet ethical media.

Addressing the university hall packed with staff and students, Dr. Sangay stated that the middle way approach seeking genuine autonomy chosen by the Central Tibetan Administration is a 'mutually beneficial' solution to the China-Tibet issue.

He also spoke about how the Tibet issue could be resolved if China allowed more religious and cultural freedom coupled with democratic governance within Tibet.

"Kalon Tripa Dr. Lobsang Sangay's humble exposition of democratic polity in exile and the non-violent struggle for a homeland has inspired many and left an indelible impact on the institution," said the University.