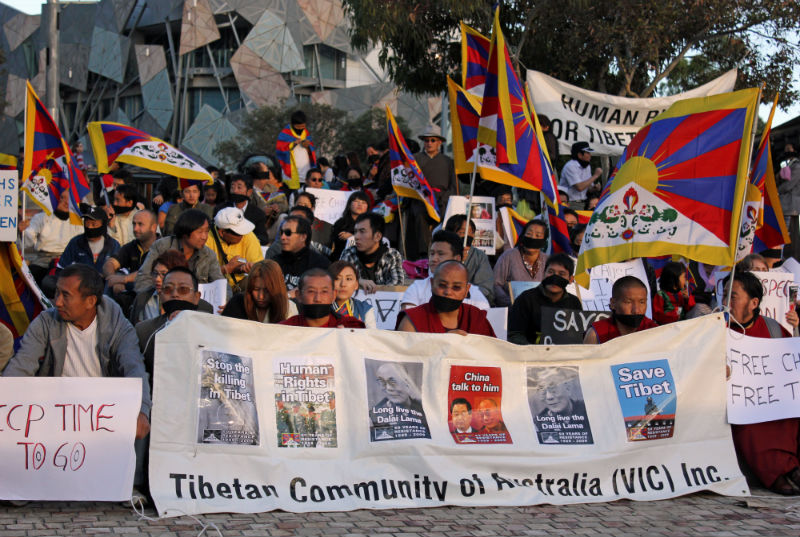 Melbourne: Tibetans and their supporters in cities across Australia have joined in the world-wide vigil held on Wednesday night (Feb 8), to show solidarity with the now more than 20 Tibetan monks, nuns and lay persons who have self-immolated in the last 12 months in Tibet.

The vigil held in Australia's capital city, Canberra, hosted renowned Tibetan poet and activist Tenzin Tsundue who is currently touring the country promoting the Tibetan cause at various events.

Vigils were also held in Sydney's Martin Place, Federation Square in Melbourne, the China Town Mall in Adelaide, Perth's Chinese Consulate, as well as in Hobart, Brisbane and Port Macquarie.

"We try to stand on behalf of them (our brothers and sisters in Tibet) and raise the voice of their suffering" stated Nigan Gotsang, president of NSW Tibetan Community, also adding that it was an act aimed at sending a message to Julia Gillard (Australia's Prime Minister) and Kevin Rudd (the Minister of Foreign Affairs, who is fluent in Mandarin).

The vigils took place after an appeal from Kalon Tripa Dr Lobsang Sangey to exile communities and support groups around the world, following the recent deadly crackdown on hundreds of Tibetan protesters in Drakgo County and the closing off of Tibet to foreign tourists and journalists.

At least 6 Tibetans have reportedly been shot dead by police and there are grave fears for scores of others detained by authorities.