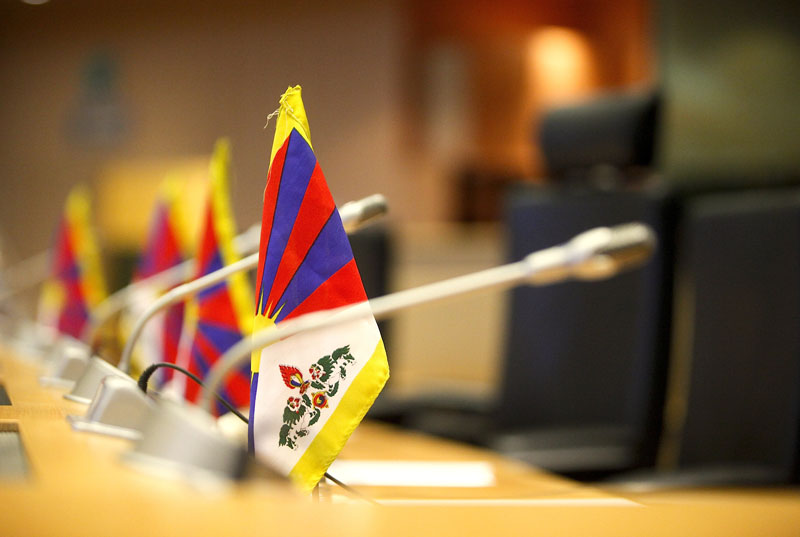 Brussels: - "The human rights situation in Tibet is becoming critical. Since February 2011, twenty-six Tibetans - monks, students, and women - have set themselves on fire in protest of the on-going repressions and denial of the basic rights of the Tibetan people including freedom of religion", said Laima Andrikien? MEP who has been attending the 19th session of the UN Human Rights Council in Geneva.

Ms Andrikiene pointed out the latest three cases of self-immolation including 18-year-old Dorjee, who set fire to himself and died on 5 March in Eastern Tibet. This was the third self-immolation in a row in March 2012. On 3 March, Tsering Kyi, a 20-year-old student, set herself on fire in Nyima Town. On 4 March, Rinchen, aged 32, a widowed mother of four children, set herself on fire in front of the police station, which has been established by the main gate into Kirti Monastery, Ngaba.

"We are raising our voices in support of the fundamental rights of Tibetan people at this critical time. The Chinese Government must immediately and unconditionally release all Tibetan political prisoners. The persecution of Tibetans for their legitimate demands of freedom of religion and their fundamental rights is not only in contradiction with the principles of humanity, but is a clear infringement of the Universal Declaration of Human Rights", stated Laima Andrikiene who is a long-serving Member of the Subcommittee on Human Rights of the European Parliament.

Tibetans, especially in Eastern Tibet, are increasingly, but peacefully, showing their resistance to the continued brutal suppression by the Chinese authorities. According to the Tibetan Centre for Human Rights and Democracy based in Dharamsala, India, there are over 830 known political prisoners in Tibet. On 23, 24 and 26 January 2012 the Chinese police fired on hundreds of Tibetans who had gathered peacefully to protest against the deteriorating situation and serious violations of their basic rights. At least five Tibetans were killed by the Chinese police gunfire, over sixty were injured and many more were arrested.

"It is unacceptable and deplorable that the Chinese Government is hindering the access of six UN Special Rapporteurs to visit the affected Tibetan areas, which are under Chinese rule, following the March 2008 uprisings. The United Nations should make the visit of these people possible, including the visit of the Special Rapporteur on religious freedom or belief, seeing as China invited him in 2004. The UN High Commissioner for Human Rights, Hon. Navanethem Pillay, should also have the deteriorating situation in Tibet high on her agenda, and we look forward to hearing her voice in defence of the innocent people of Tibet", stressed Laima Andrikiene.