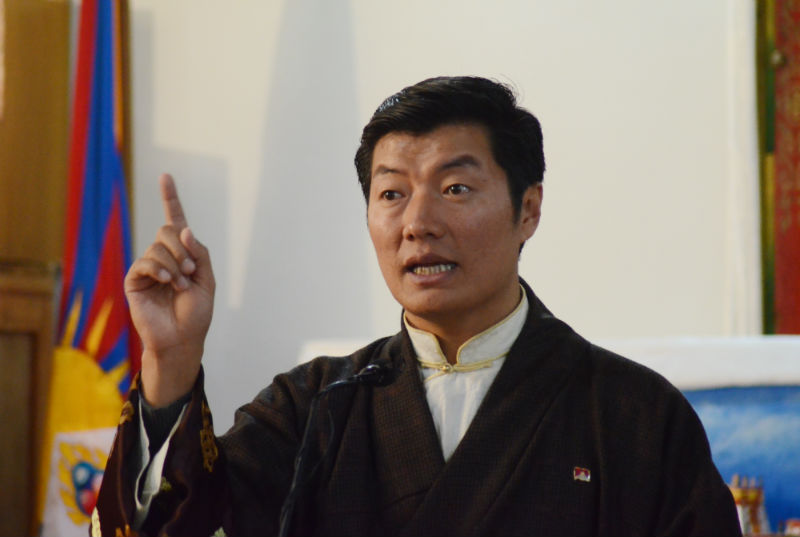 Dharamshala: Kalon Tripa Dr Lobsang Sangay said the UN's assurance to the three Tibetan hunger strikers to send a special rapporteurs to probe situation in Tibet is an "acknowledgement of a very grim situation in Tibet, and a sign of support for the truth and just cause of Tibet".

Addressing a joint press conference by the Tibetan Parliament and the Kashag today, Kalon Tripa said: "What we hear in response the three hunger strikers in front the United Nations, after 30 days of major sacrifice on their part, an official from the United Nations visited the three hunger strikers. He assured, both verbally and in writing, that the United Nations will try to send a Special Rapporteur to investigate the actual situation inside Tibet, which we think is the acknowledgement of a very grim situation in Tibet."

"And also from the news accounts that we have read that the Australian Ambassador in China has requested the Chinese foreign ministry to allow to visit Tibet to assess the situation in Tibet," Kalon Tripa said.

"These two events, even though not the extent we would like to see, are in many ways are an indication that truth will be heard, truth will be supported, and hopefully truth will prevail. Truth being that Tibetans deserve their basic freedom, and His Holiness the Dalai Lama deserves to return to his rightful place in the Potala palace in Lhasa, the capital city of Tibet," Kalon Tripa said.

Kalon Tripa said, "repeated appeals have been made by the Tibetan Parliament, the Kashag, and many NGOs including Tibetans, to the United Nations to send a special rapporteur or an envoy to Tibet to investigate the real conditions inside Tibet."

The Speaker of the Tibetan Parliament-in-Exile, Mr Penpa Tsering, read out the 8-point resolution unanimously passed during the opening day of the ongoing parliament session on 14 March. The resolution reaffirms exiled Tibetans' solidarity with Tibetans inside Tibet, calls for the Chinese government to end its wrong Tibet policies, and appeals to the international community to send fact-finding delegations to assess the ground-reality inside Tibet.

Kalon Tripa emphasised the Kashag's firm support to the parliament resolution, which he said makes very clear that Tibetans inside Tibet are in really critical condition. 30 Tibetans have self-immolated of which 22 have died and many are in critical conditions, he added.

"The reasons are very clear. The self-immolators and the peaceful Tibetan protesters are showing the resentment against the continuing occupation of Tibet and the repressive policies of the Chinese government. What the self-immolators and those who have died and those who are in prisons are demanding that His Holiness the Dalai Lama returns to Tibet and freedom be restored for Tibetans inside Tibet," Kalon Tripa added.