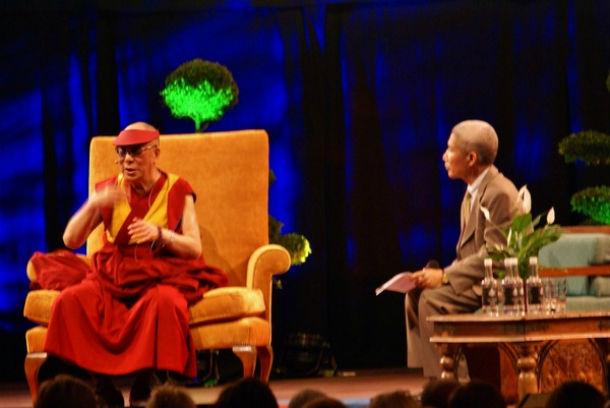 London: - 19th June 2012, addressing an audience of thousands from ‘the world's most famous stage': the Royal Albert Hall, London, the spiritual leader of Tibet, His Holiness the Dalai Lama made a profound impact upon arrival in the British capital, focusing on the key theme, how real change ‘happens in the heart'.

As part of a series of public talks across the UK, His Holiness engagedwarm-heartedly with the London audience, speaking in depth on secular ethics for the 21st century. He spoke particularly on how women have an enormous role as upcoming leaders; highlighting candidly His own mother's kindness and compassion as an example.

Aside from the spectacular 19th century grandeur of the Royal Albert Hall itself, the audience were greeted upon their arrival with a stunning performance by dancers and musicians of the Tibetan community in Britain, who warmed up the stage.The revered leader had earlier in the day addressed an intimate audience at Westminster University, re-acquainting with the Tibetan community based in London.

His Holiness was greeted with a standing ovation and, before his speech, in an act of genuine warm-heartedness greeted His friend Richard Moore. As a wonderful example of compassion and forgiveness, Moore befriended the soldier Charles Innes, who shot him with a rubber bullet in Northern Ireland, immediately blinding him when he was just aged ten. He has since set up the organisation ‘Children in the Crossfire', and His Holiness has become the patron.
The Dalai Lama gently guided Moore's hands to his face during the embrace, highlighting the equality the Tibetan leader feels among His audience and fellow people. 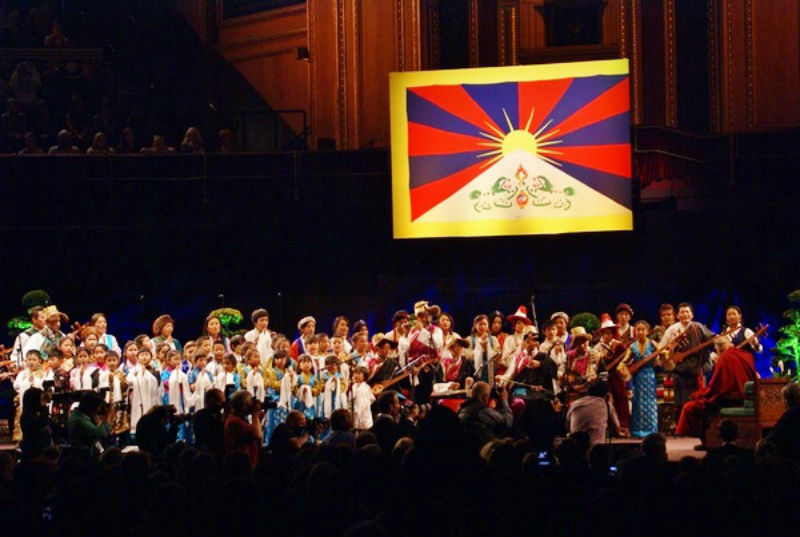 Towards the end of the speech, His Holiness answered questions from the audience. Upon being asked about how to raise children, His Holiness joked: ‘I think you are asking the wrong man'. He added: ‘My mother, however, would know very well, if she were here'.

Among interviews for the TPI, members of the Tibetan community in Britain highlighted the success and appreciation of His Holiness' visit to Britain, and the engaging talks at both the Royal Albert Hall and Westminster. Active members of the Tibetan community greeted the speech at Westminster with a banner stating: ‘Welcome His Holiness the Dalai Lama'.

The event was concluded with a final performance by the musicians and dancers of the Tibetan community in Britain, who entertained and endeared the appreciative audience.

The poignant significance of both Her Majesty the Queens Diamond Jubilee, and the 2012 Olympic Games in the capital, was acknowledged by His Holiness. The next leg of His visit to Britain will be to Scotland, with public talks in Edinburgh, Dundee and Inverness.