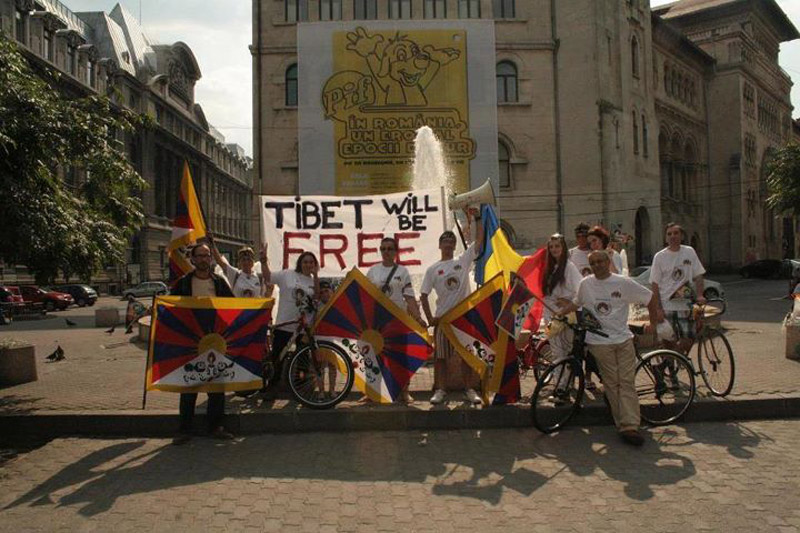 Dharamshala: As a symbolic gesture of solidarity, the United Nations for a Free Tibet, (UNFFT) Romania organized a cycling event in support for the pro-Tibet cause. Amateur Romanian cyclists took to the streets on 30 June 2012 in conjunction with France's annual professional cycling event, the "Tour de France". Members of pro-Tibet organizations, supporters of Tibetan causes and other advocates of basic human rights, peacefully demonstrated along the circuit (from Piata Universitatii to the Chinese embassy in Romania) to raise awareness about the serious problems afflicting Tibetans and the Tibet Autonomous Region (TAR), which has been under Chinese governmental occupation for 53 years.

The essential message of the event, according to one of the organizers is, "Look to Tibet. As long as Tibet is still on the map and as long as Tibetans are living in Tibet, offer them your support. Don't let Tibetan culture vanish from the earth. Now, more than ever, we must unite our voice into a power that will be heard by communist China, demanding freedom and human rights for Tibetans. We must save and preserve the culture, the religion, the ethnicity, and the restoration and survival of an ecol-system that is important to the entire world."

The UNFFT and the UNFFT (Romania) hoped this event would bring about greater awareness among fellow Romanians about Tibet's situation, encourage more supporters to join the cause; and create a strong, united voice of supporters and defenders of human rights and freedom for a Free Tibet. 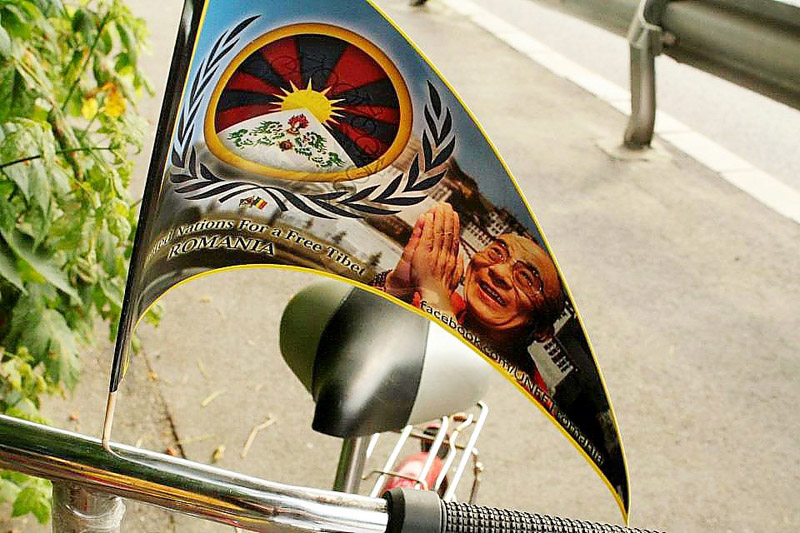 Through comprehensive, media coverage, they also hope to bring to light to the situation of Tibetans under Chinese occupation and oppression, the 41 self-immolations committed inside Tibet and other systematic abuses committed by the communist Chinese regime in the Tibetan region. Further more they wish to invite His Holiness the Dalai Lama to Romania for an organized and dedicated event and thus recognize him as a personality with merits, honored worldwide as a Nobel Peace Prize Laureate for his compassionate contribution to humanity and peace.

The event will ensure that a bilateral relation in political, economic, and cultural arenas between China and Romania will not blur the picture of what is currently happening inside Tibet.

China must take responsibility to ensure Tibetans their rights and should be held in equal stride when it comes to protecting and asserting the standard rights and freedoms of an entire ethnic community, given their strategic stance on economic, financial, and trade issues.