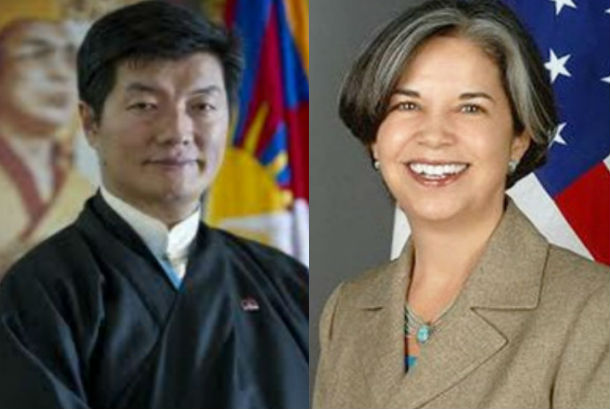 Under Secretary Otero was appointed Special Coordinator for Tibetan Issues on October 1, 2009 by U.S. Secretary of State Hilary Clinton and after confirmation by the U.S. Senate Foreign Relations Committee.

Among her responsibilities as the Special Coordinator for Tibetan Issues as outlined in the Tibet Policy Act of 2002, Under Secretary Otero works to promote "substantive dialogue" between His Holiness the Dalai Lama or his representatives and the government of the People's Republic of China, as well as coordinate United States government policies, programs and projects related to Tibet.

According to a report of Washington Post, the U.S. and China began their annual human rights dialogue Monday that gives Washington a chance to press China over a crackdown on rights lawyers and activists and repression in Tibet - where atleast 44 of Tibetans have set themselves on fire in the past year to protest Beijing's authoritarian rule.

State Department spokeswoman Victoria Nuland told reporters the U.S. would raise the rule of law, justice for individuals, equality and Tibet. She said Washington's ability to broach such issues with Beijing "speaks to the maturing of our relationship." The U.S. also seeks "appropriate handling and no reprisals" against Chen's family members and supporters who remain in China.

In late April, Chinese Vice Foreign Minister Cui Tiankai told reporters that China is willing to engage with the U.S. on human rights as long as the talks are done "on the basis of equality and mutual respect. We hope such discussions can help our American friends have a more accurate understanding of China."

Human Rights Watch said the U.S. should demand public and verifiable changes in policies and practices as a condition for holding the human rights dialogue.