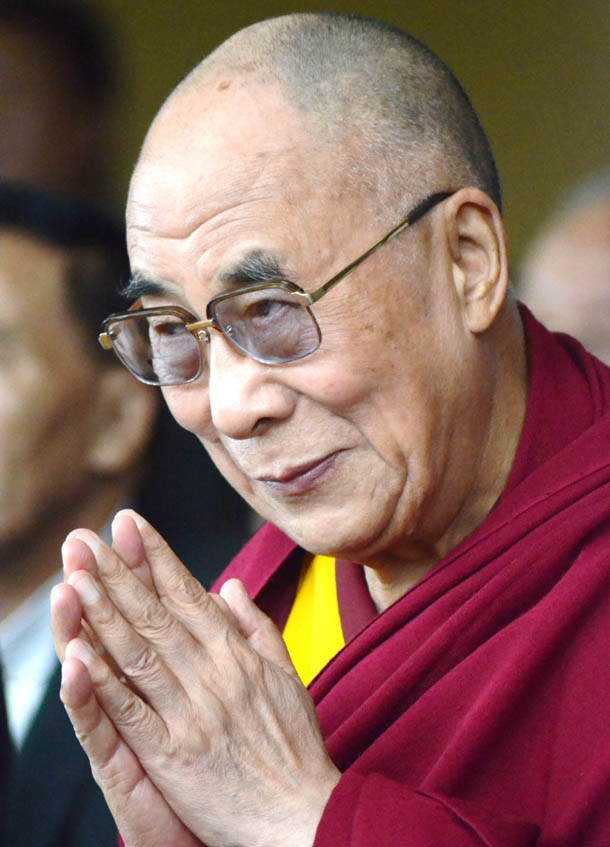 Dharamshala -The spiritual leader of Tibet, His Holiness the Dalai Lama will visit Medford, a city in Jackson County, Oregon, United States, on Oct. 16. A Center called Kurukulla held a meeting on Thursday, September 20 to answer questions by residents and neighbors.

According to media reports, His Holiness will visit United States of America from Sept. 8 to Oct. 16, to participate in various peace and spiritual envents in the country.

The organisers stated that on Sept. 20 at the Kurukulla Center, 68 Magoun Ave, Medford neighbors and friends were attended a community meeting hosted for Tibetan Buddhist Studies, to find out more about the visit of His Holiness the 14th Dalai Lama to the county.

The community meeting was an opportunity to hear about the plans for the day, to ask questions, express concerns and offer suggestions.

His Holiness the Dalai Lama is one of the world's foremost religious and moral leaders, sharing a message of peace, tolerance and universal responsibility.

In exile from His homeland of Tibet since 1959, he was awarded the Nobel Peace Prize in 1989. He views himself as a simple Buddhist monk and travels around world giving private & public talks on a wide range of topics.

The Nobel Peace laureate visited Kurukulla Center in 2003 and many neighbors and others remember that day with fondness.

He will participate in The 'Forum for Peace' at the Goldstein Auditorium, Syracuse University on October 8, 2012. On the next day, His Holiness on give a public talk on 'Resolving Conflict in One World Community Through Global Consciousness' at the Carrier Dome, Syracuse University.

"The event, which is being produced and sponsored by the One World Community Foundation, will bring together international thought leaders, the SU campus and the greater Syracuse community in critical conversations about how to shift global consciousness toward matters of peace," said the organisers.

On October 10, His Holiness will give a public talk on 'Human Compassion' in the afternoon at the Kaplan Arena, The College of William & Mary.

Before heading to the US tours of Spiritual and peace events, His Holiness will give four days of teachings from October 1 to 4, on 'Atisha's Lamp for the Path to Enlightenment' at the request of a group of Taiwanese at the Main Tibetan Temple.