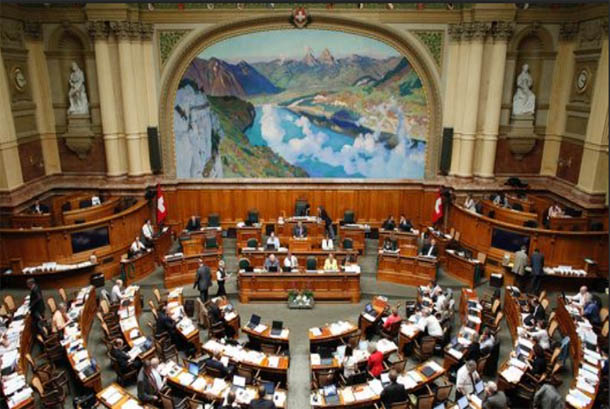 Dharamshala: - The Swiss government expressed its concern over the situation in Tibet when members of the Parliamentary Group on Tibet raised during the question hour in the Parliament on 12 September, the Swiss Tibetan Friendship Association said.

The members of the Swiss Parliamentary Group on Tibet brought during the question hour the alarming situation in Tibet to the Federal Government's notice.

MP Martin Naef from the Social-Democratic Party asked if the Swiss Federal Council shares the point of view that the human rights situation in Tibet has deteriorated once again and whether the Federal Council is willing to express its concern over the current human rights situation in Tibet at the 21st Session of the Human Rights Council taking place from September 10 - 28 in Geneva.

MP Maya Graf, Green Party, First Vice President of the Parliament, stated that the Society for Threatened People in their statement of 14 August 2012, expressed concern over the grave human rights situation in Tibet by appealing the international community to take the cry for help of the Tibetans serious and to urge China to review its Tibet policy. Mrs Graf asked the Swiss Federal Council which efforts it made for the defence of human rights in Tibet.

Swiss Foreign Minister Didier Burkhalter, in his response on 17 September, said: "You are expressing today your concerns. The Swiss Federal Council is also concerned about the situation in Tibetan regions in China, notably about the increasing numbers of persons who are self-immolating.

"Switzerland places its focus on the respect of fundamental freedoms in China, including the Tibet Autonomous Region. A set of problems is continuously being discussed with the Chinese authorities, notably through bilateral consultations on human rights of which the rights of minorities and the freedom of religion are thematic priorities. The last round of this dialogue took place in March 2011 in Berne. The issue of human rights is being discussed during bilateral meetings on a ministerial level as well, so done during the political consultations led by the State Secretary of the Federal Department of Foreign Affairs few weeks ago in July 2012.

"Moreover, Switzerland will address this human rights issue during the meeting of the Human Rights Council, which just started last week. Furthermore the Federal Department of Foreign Affairs will observe the situation very carefully through the Swiss Embassy in Beijing. In the last 12 months, exactly in September 2011 and June 2012 representatives of the Swiss Embassy in China visited regions in Tibet to have a better comprehension of the circumstances. The Federal Council is paying great attention to the ongoing developments," Mr Burkhalter said.