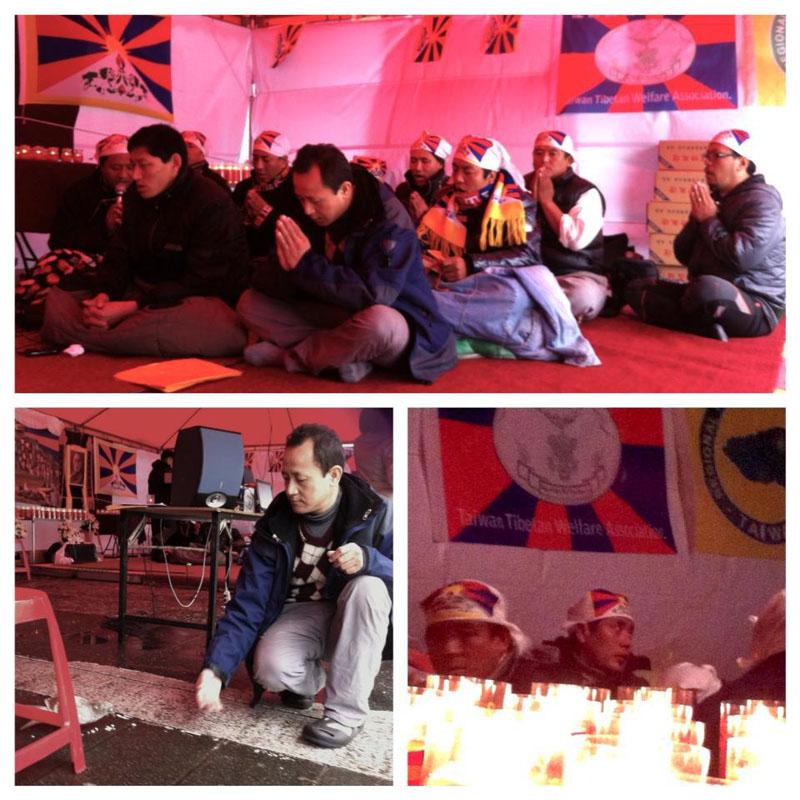 Taipei: Tibetans and Taiwanese supporters rallied in the pouring rain Saturday night to remember the 94 Tibetans who have self-immolated since 2009 in calls for freedom and human rights, as 10 Tibetans and supporters began a 49-hour hunger strike in Liberty Square in Taiwanese capital, Taipei.

As tragic self-immolations by Tibetans continue unabated, Tibetans and Taiwanese supporters on Saturday began a 49-hour hunger strike in front of Taipei's Liberty Square to garner global support to end the deepening crisis in Tibet.

"We would be ashamed if we forgot about them, and did not carry on their mission. Dawa Tsering said that while many self-immolators have died, it has become the obligation of all Tibetans to carry on their mission. "Letting the world know what they have sacrificed, as well as the suffering of the Tibetans, is the least we can do now."

"Ninety-four Tibetans have self-immolated — and honestly, I don't know when it will stop — not for their own personal reasons, but for the well-being of the Tibetan people, the Tibetan culture and our religious traditions," Regional Tibetan Youth Congress (RTYC) Taiwan president Tenzin Choephel told Taipei Times. "This is the highest form of protest."

He said the hunger strike in Taiwan was part of a globally coordinated action by Tibetans and supporters of the Tibetan cause ahead of International Human Rights Day, which is tomorrow.
"We are making an urgent call to the international community to pay more attention to the suffering of the Tibetans, and we urge that the UN send an independent delegation to Tibet to investigate human rights violations," Tenzin Choephel said. 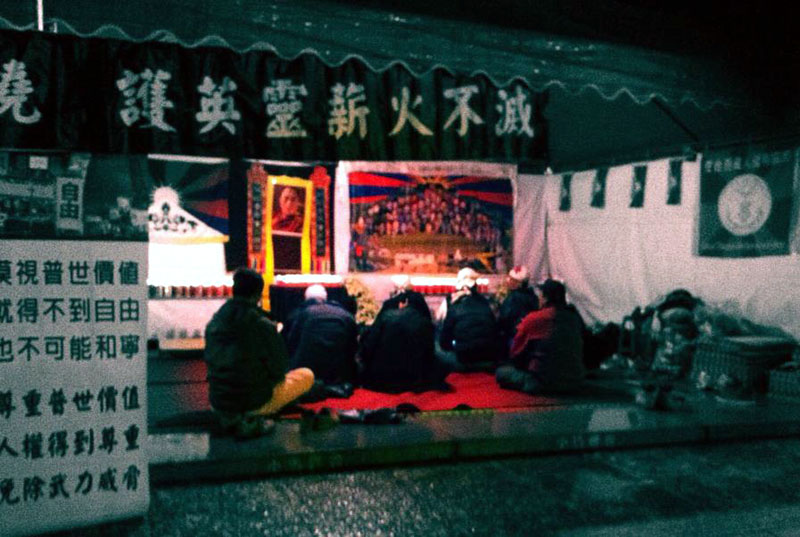 Choephel said that they would launch a 49-hour hunger strike because in the Buddhist culture, a 49-day memorial service is held for the deceased, because Buddhists believe that after death, one's spirit is lost for 49 days before knowing where to go, and needs guidance from the living.

RTYC Taiwan vice president Tenzin Namdak asked Taiwanese supporters to help spread the message and try to persuade the government to show concern for Tibetans. "How heartless it is if anyone disregards the message that these people tried to deliver with their lives," he said.

The hunger strike, which is a part of Global Solidarity Day for Tibet, will culminate in a special prayer service and candle light vigil on 10 December evening.

The Kashag had called on the Tibetan Associations, Tibet Support Groups, Buddhist Centers, and all friends around the world to form a coalition with as many human rights groups to organise and participate in the Global Solidarity Day on 10 December.

It requested them to dispatch delegations to visit different media organisations in order to create awareness about the ongoing tragedy in Tibet. Equally important is to reach out to as many members of Parliament, Congress and government officials, it said.