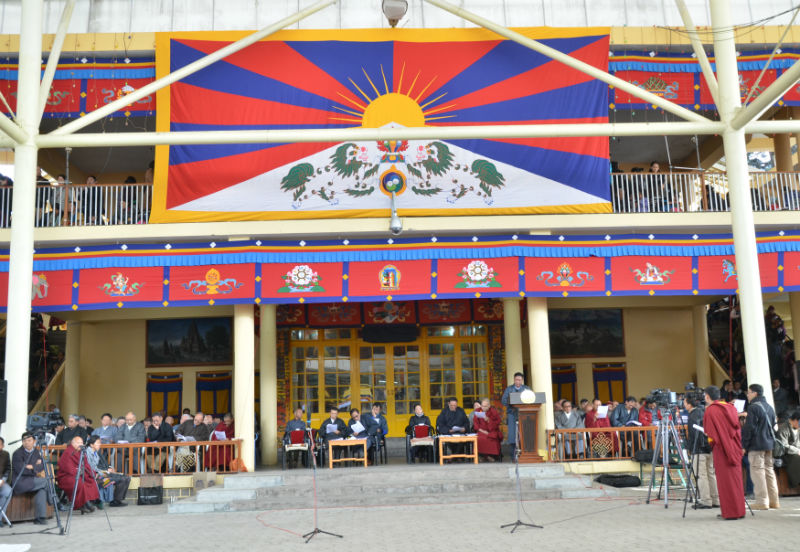 Dharamshala: The speaker for the Tibetan Parliament in Exile gave a speech on 10 December, to commemorate the 23rd anniversary of the conferment of the Nobel Peace Prize on His Holiness the Dalai Lama, and to honor International Human Rights day.

After praising the work His Holiness the Dalai Lama has done not only for the betterment of the Tibetan people, inside Tibet and in exile, but for the entire world, the speaker began to chastise the Chinese government for their continued policies that deprive Tibetans of even the simplest human rights.

The speech went on to appeal to Chinese leadership, hoping to use the recent change in leadership as an opportunity for change. “It is high time for the leaders of the Communist Party of China to undertake at the very earliest, an earth-shaking, giant leap of reformative transformation in the so-called People’s Republic of China which is, as of now, totally bereft of any respect for human rights and political freedom.”

According to the speech, should Chinese Authorities not change their position, the Tibetan Parliament in Exile will have no choice but to continue current campaigns such as the ‘Flame of Truth’ torch relay, set to be presented to the United Nations Secretary General on 10 December, and begin new campaigns such as the month long awareness campaign set for 1 January 2013.

The speaker for the Tibetan Parliament in Exile ended the 10 December speech with gratitude to the international community and His Holiness the Dalai Lama.