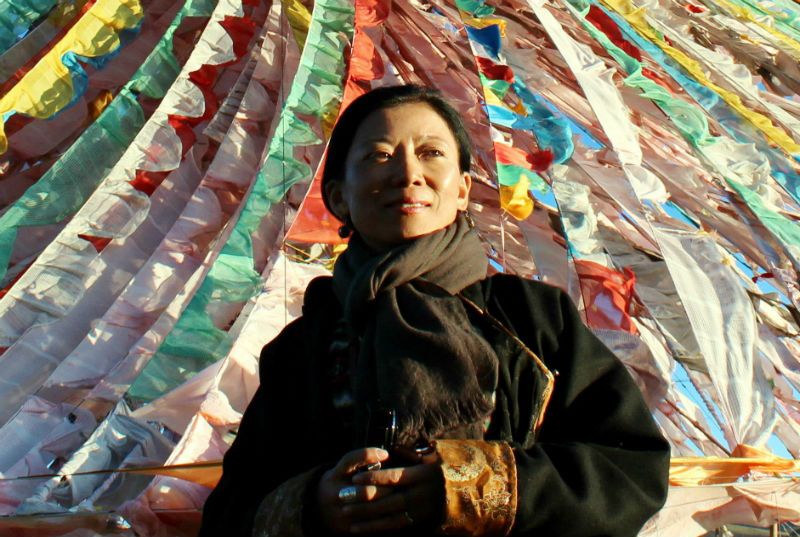 Dharamshala: - Sikyong, the political leader of Tibet, Dr Lobsang Sangay Tuesday, (March 5) congratulated Tsering Woeser, a Tibetan author, poet, and blogger living in Beijing, for being honoured with the 2013 International Women of Courage Award by the US State Department.

"We would like to congratulate Tsering Woeser for getting this honour in recognition of her courage and dedication to the cause of Tibet. Despite facing great personal risk, she has kept informing the rest of the world, including the Chinese people, about the issue of Tibet," Sikyong said in his message.

The State Department said in a press release: "In a period marked by increasing self-immolations and protests in Tibetan areas of China, Tsering Woeser has emerged as the most prominent Mainland activist speaking out publicly about human rights conditions for China's Tibetan citizens. Born in Lhasa, Tsering Woeser's website, Invisible Tibet, together with her poetry and non-fiction and her embrace of social media platforms like Twitter, have given voice to millions of ethnic Tibetans who are prevented from expressing themselves to the outside world due to government efforts to curtail the flow of information."

"Despite the constant surveillance of security agents and routinely being placed under house arrest during periods deemed to be politically sensitive, Tsering Woeser bravely persists in documenting the situation for Tibetans, noting that "to bear witness is to give voice to," and asserting that "the more than 100 Tibetans who have expressed their desire to resist the forces of oppression by bathing their bodies in fire are the reason why I will not give up, and why I will not compromise."

"On Friday, March 8, Secretary John Kerry will honor 10 extraordinary women with the Secretary of State's International Women of Courage Award. First Lady Michelle Obama will join Secretary Kerry and the awardees as a special guest at the 3 p.m. ceremony in the Dean Acheson Auditorium of the U.S. Department of State.

"Tsering Woeser will be awarded in absentia.

"The Secretary of State's International Women of Courage Award annually recognises women around the globe who have shown exceptional courage and leadership in advocating for women's rights and empowerment, often at great personal risk. Since the inception of this award in 2007, the Department of State has honored 67 women from 45 different countries," the press release said.