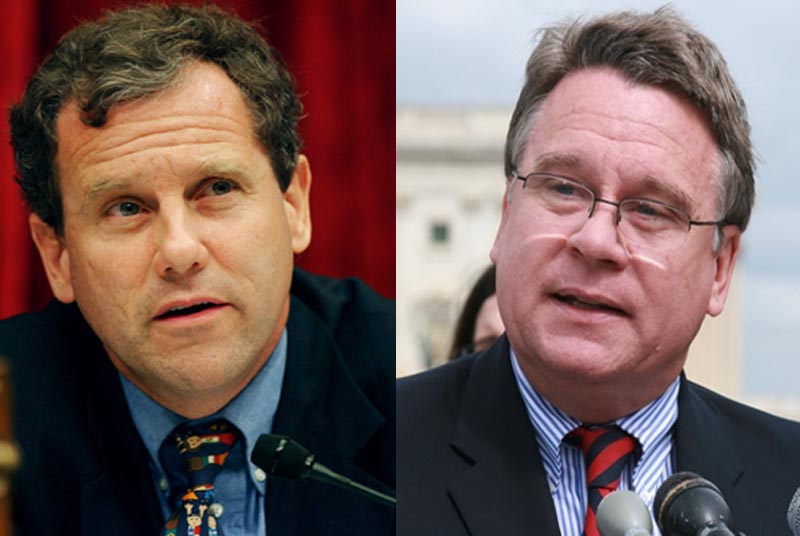 Washington, DC: — US Congressional panel chairmen Monday, March 18, expressed its deep concern and sadness over the accelerating self-immolation protests by Tibetans inside Tibet and urged Beijing to resume dialogue with His Holiness the Dalai Lama or his envoys without preconditions.

Chairman Sherrod Brown and Cochairman Christ Smith, '(The chairmen of the bipartisan Congressional-Executive Commission on China) urge the Chinese government to end repressive policies against the Tibetan people and to resume a dialogue with His Holiness the Dalai Lama amid ongoing and tragic Tibetan self-immolations, which have surpassed 100. '

"We hope for an end to these tragic self-immolations soon. The Chinese government can reduce tension, but not through its current policy of harsher regulations and heavier security," said Senator Brown said in a statement issued on 18 March.

"Ending policies that deny Tibetans their freedoms of expression, association, and religion, while showing greater tolerance for cultural diversity, and resuming a dialogue with the Dalai Lama or his representatives without preconditions would go a long way toward easing tensions," Senator Brown added.

"In recent years, Chinese officials have tightened controls on Tibetan Buddhism and monastic institutions, used excessive force against peaceful demonstrators, promoted resettlement and educational policies that have threatened and disrupted Tibetan culture and language, and closed Tibetan areas off to the outside world," said Congressman Chris Smith, Cochairman of the Commission. "Reversing these policies and allowing international observers into the region would do much to alleviate the situation."

Senator Brown said that 'this month marks five years since the start of mostly peaceful protests that swept across the Tibetan plateau in March and April 2008 in opposition to Chinese policies that infringe on the culture, language, religion, and livelihood of Tibetans.'

"Following the protests, policies that were already harsh have intensified. Since 2009, there have been a reported 107 instances of self-immolations in which Tibetans have called for Tibetan freedom and the Dalai Lama's return, most occurring within the past year,' he added.

In a special report released in August 2012, the Commission noted how the self-immolations had spread geographically and from the Tibetan Buddhist monastic community to the lay population. Senator Brown said his commission will continue to 'monitor the situation and issue periodic updates, the most recent issued on March 8.'

The congressional panel, which created by US Congress in October 2000 with the legislative mandate to monitor human rights and the development of the rule of law in China.

At-least 109 Tibetans- including monks, nuns, students and lay people - have reportedly set themselves on fire in Tibet since 2009. The most common call for the return of the spiritual leader His Holiness the Dalai Lama and freedom in Tibet. However, many also called for Tibetan independence.