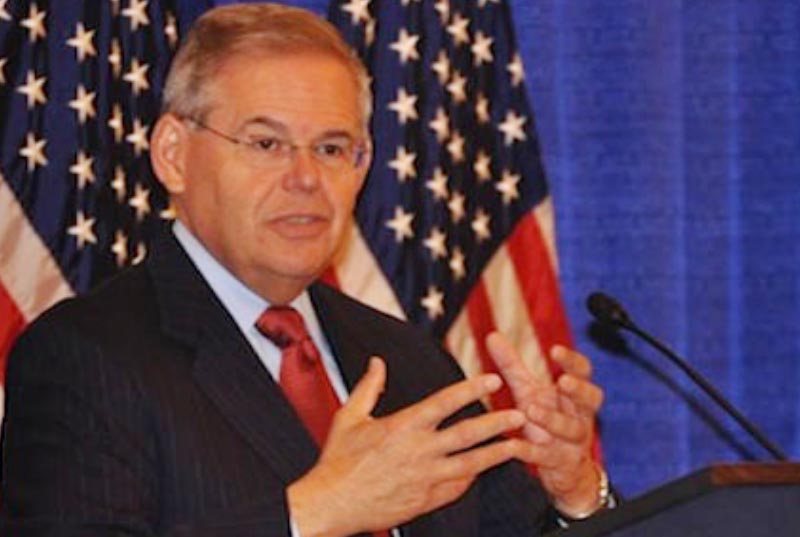 Washington DC: - Senator Robert Menendez, Chairman of the U.S. Senate Foreign Relations Committee and Democratic Senator for New Jersey has made a strong statement on the situation in Tibet in the Senate on March 18, 2013.

In a wide-ranging and impassioned address, Mr. Menendez began by expressing his "concerns about the continuing unrest in Tibet and the tragic trend of Tibetan self-immolations". Regarding those who have chosen to self-immolate, Senator Menendez acknowledged, "we must understand that these sorts of acts are indicative of the deep sense of frustration felt by the Tibetan people. This is not a conspiracy of "foreign forces" but indicative of the deep sense of hopelessness of a people denied their basic dignity."

The Senator referred extensively to the Chinese Constitution, which prohibits "discrimination against and oppression of any nationality" within the People's Republic of China. He said that these guarantees are in direct conflict with the reality of life in Tibet, calling it "one of the most repressed and closed societies in the world, where merely talking on the phone can land you in jail."

Mr. Menendez spoke proudly of American support for the Tibetan cause, saying, "We see Tibet as an issue of fundamental justice and fairness, where the fundamental human rights of the Tibetan people, as embodied in the PRC's own constitution, are not being respected; where their culture is being eroded; and where their land is being exploited."

The Senator was unequivocal regarding the role that Congress can play in ensuring an improvement in the lives of Tibetans, saying, "I believe that responsibility falls to us to help the Tibetan people in their efforts to preserve their culture and identity."

Senator Menendez went on to point out four concrete actions that the U.S. can take in order to assist the Tibetan cause.

Firstly, he spoke about the importance of continued funding for programmes such as the Tibetan language broadcasts of Radio Free Asia and the Voice of America, saying, "I cannot overstate the importance of these efforts to provide perhaps the only independent source of news to Tibetans who struggle under the heavy censorship regime."

He then urged the Senate to "embrace" the recent statement by U.N. Human Rights Commissioner Navi Pillay on Tibet, and reiterated her calls "to adopt the recommendations of various U.N. bodies and to allow access to Tibet by independent international observers and media members, noting 12 outstanding requests for official visits to China by U.N. Special Rapporteurs on various human rights issues."

Thirdly, Mr. Menendez called on the U.S State Department to insist on access to Tibet by its personnel, saying, "We need independent and credible reporting on the true situation on the ground, and the Department should work with China to take steps to see that the principle of reciprocity is respected."

Finally, Senator Menendez made a strong appeal to the State Department to open up meaningful dialogue with China "to address the deeper strategic aspects of the Tibet issue", including Tibet's role in ensuring the water security of millions of people in South Asia. He highlighted the importance of resolution of the Tibet issue from a Chinese perspective, saying, "Instability in Tibet is a factor in the broader question of social stability in the entire PRC. Peaceful resolution of the Tibet issue could go a long way in demonstrating to the world that China is indeed a responsible and constructive member of the community of nations"

In a heartfelt conclusion to his speech, Senator Menendez paraphrased HH Dalai Lama, saying, "those who raise their voices of concern for Tibet do so not because they are pro-Tibet or anti-Chinese. They do so because they are pro-justice. I second this remark and look forward to working with my colleagues in the Senate, and with China, to promote a durable resolution to the Tibet problem."