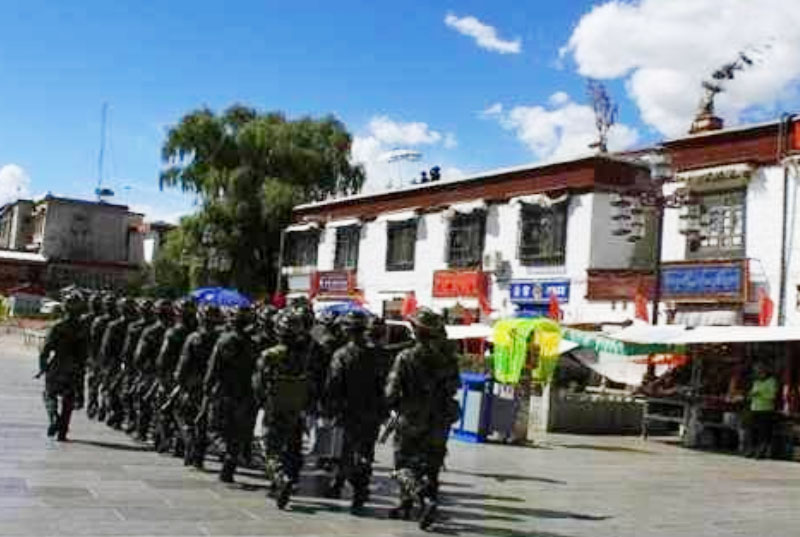 Dharamshala: -The United States Commission on International Religious Human Rights (USCIRF) has said religious freedom conditions in Tibet are worse now than at any time over the past decade.

This second US report came just two weeks after the Secretary of State John F. Kerry, said under the pretext of maintaining social stability, the Chinese government engaged in the severe repression of Tibet's unique religious, cultural, and linguistic heritage.

"Since 2008 protests in Tibetan areas, the government's control of the doctrines, worship sites, and selection of religious leaders of Tibetan Buddhism, and its arrests and detentions of individuals who oppose government policy or support the Dalai Lama, have nurtured deep resentments among Tibetans," the US commission said in its 2013 annual report issued on 30 April.

The US commission reviews the facts and circumstances of religious freedom violations and makes policy recommendations to the US President, the Secretary of State, and Congress.

It also documented self-immolation protests by Tibetans against the Chinese government reprssive rule.

"Hundreds of monks and nuns were arrested and detained in the aftermath of 2008 demonstrations. At least 283 Tibetan Buddhist monks, nuns, and trulkus are currently imprisoned in China, according to the Congressional Executive Commission on China prisoner database.

Despite requests, the Chinese government has not provided full details or a credible accounting of those detained, missing, or disappeared," trials have not been open, and those accused are give adequate legal representation," it said.

It said the Chinese government continues to deny repeated international requests for access to the "disappeared" Gendun Choekyi Nyima, whom the Dalai Lama designated as the 11th Panchen Lama when he was six years old.

"Despite the efforts of the U.S. and other governments, no formal dialogue took place between the Dalai Lama's representatives and Chinese government and Communist Party officials during the past year.

The environment for productive exchanges deteriorated markedly, given the new religious freedom restrictions and the government's public denunciations against the Dalai Lama," it said.

The commission recommended that China again be designated as a "country of particular concern" because of its systematic, ongoing, and egregious violations of religious freedom.