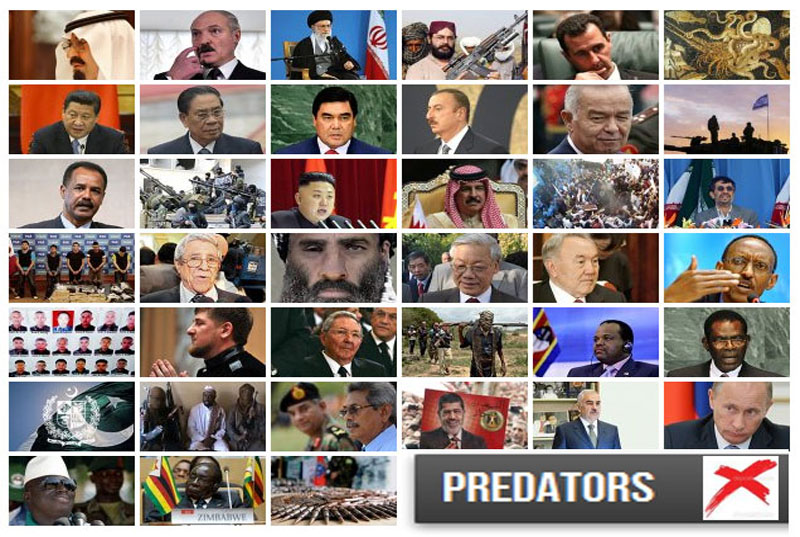 Paris, May 4, 2013: - In celebrating this year's World Press Freedom Day, on May 3, the Paris based world media watchdog 'Reporters Without Borders' has added Xi Jinping, president of the People's Republic of China, in the list of predators of world press freedom.

"With my appointment– or rather, my appointments – the People's Republic of China has made a great leap forward. Committed to reforming and opening the country, in keeping with the guiding principles developed by the Party, I will ensure China's economic development and global standing.

Some of our fellow citizens oppose this march of progress. From the time of the 18th Congress of the Chinese Communist Party in November, 2012, during time I was carried to the movement's summit, to the 12th National People's Assembly in March 2013, when I was named president of the People's Republic, these so-called journalists and bloggers have tried to sully some comrades' images, my own among them.

These dissidents who systematically and blindly criticize our actions are trying to undermine the Party's credibility as a way to sap its legitimacy. By what right do they describe the air quality in Beijing, our management of flood emergencies, the corruption of local officials?

I have had to undertake major housekeeping among these "journalists," "cyber-dissidents" and self-proclaimed human rights "defenders." I do not hesitate to strengthen censorship in order to bring them to heel. The case of the disappeared New Year's editorial in the Nanfang Zhoumo newspaper – what a way to call for political reforms! – showed me that journalists and citizens can maintain their resistance by taking it to the Web.

At the same time, I am strengthening measures to disable software that allows my fellow citizens to bypass the electronic Great Wall, which the Party has invested so much money to build and maintain.

Meanwhile, we need stronger actions to stop the defamatory attacks of the foreign press, which considers it objective journalism to investigate Liu Xiaobo, Tibet and my supposed personal fortune. Thus, I have ruled that the Chinese print and broadcast media are prohibited from using unauthorized information from foreign media or websites.

With their "scoops," The New York Times, Bloomberg and the BBC are trying to destroy the Chinese dream, the people's dream. Despite their attempts, we will achieve our goals by standing by the people – and keeping a very close eye on them. 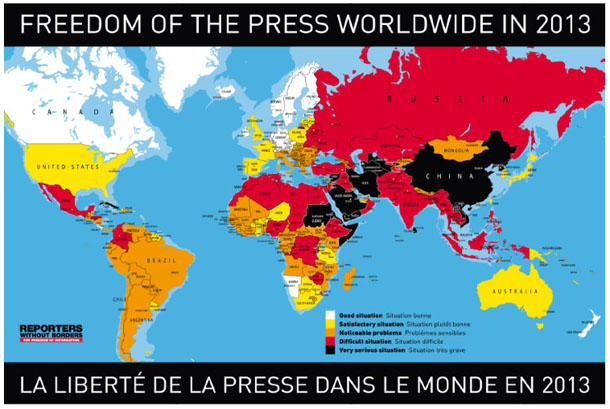 39 leaders, groups named as Predators of Freedom of Information in 2013

On World Press Freedom Day, Reporters Without Borders is releasing an updated list of 39 Predators of Freedom of Information ¬– presidents, politicians, religious leaders, militias and criminal organizations that censor, imprison, kidnap, torture and kill journalists and other news providers. Powerful, dangerous and violent, these predators consider themselves above the law.

"These predators of freedom of information are responsible for the worst abuses against the news media and journalists," Reporters Without Borders secretary-general Christophe Deloire said. "They are becoming more and more effective. In 2012, the level of violence against news providers was unprecedented and a record number of journalists were killed.

"World Press Freedom Day, which was established on the initiative of Reporters Without Borders, must be used to pay tribute to all journalists, professional and amateur, who have paid for their commitment with their lives, their physical integrity or their freedom, and to denounce the impunity enjoyed by these predators."

Four predators have been dropped from the list: former Somali information and communications minister Abdulkadir Hussein Mohamed, Burmese President Thein Sein, whose country is experiencing unprecedented reforms despite the current ethnic violence, the ETA group, and the Hamas and Palestinian Authority security forces, which are harassing journalists less.