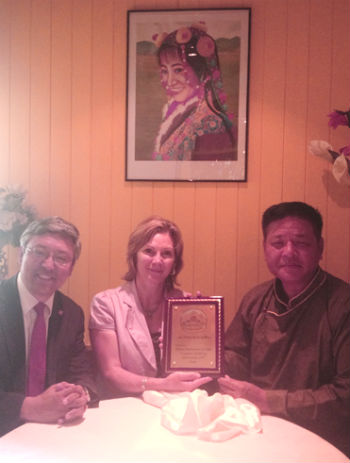 The two speakers met informally over lunch in Zurich. Mr. Penpa Tsering briefed Ms. Maya Graf of the present situation inside Tibet and his meetings in Italy and Switzerland.

According to the Central Tibetan Administration (CTA), Ms. Graf had officially invited and received His Holiness the Dalai Lama at the Swiss Parliament on 15 April 2013 during the latter's visit to Switzerland.

On 13 July, the Tibetan community in Switzerland and Liechtenstein organised a Question and Answer session with Speaker Mr Penpa Tsering.

The Speaker also spoke about the Middle-Way Approach and the support for this policy from both international community and Chinese people.