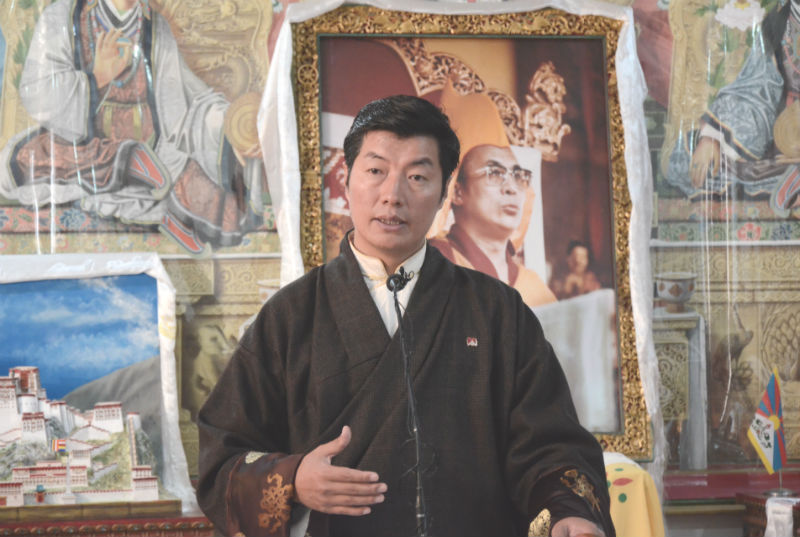 He appealed to the Tibetan community to remain alert, adding that Tibetans must maintain friendly relations with the local Indian community and foster religious harmony.

His appeal to the exile community came after Himachal Pradesh Police Tuesday (July 23) reviewed the security of Tibetan spiritual leader His Holiness the Dalai Lama and his official palace, besides establishments of the Tibetan government-in-exile, headquartered here, following a fresh alert.

According to the reports, a high-level meeting of officials of the state police and Tibetan government was held here following a fresh advisory of the National Investigation Agency (NIA) about possible terrorist strikes in Tibetan-dominated areas and monasteries in the state.

Confirming this development, Superintendent of Police Balbir Thakur told IANS that some loopholes were found in the security of spiritual leaders, the Dalai Lama and the 17th Karmapa Ogyen Trinley Dorje, who are residing here, and these would be plugged soon.

"The security pickets around the Dalai Lama's palace and the Gyuto Tantric Monastic University, where the Karmapa resides, would be strengthened. There is even a plan to deploy sniffer dogs at both places," he said.

The boundary walls of both the places would be fortified, he added.

Ngodup Dorjee, swecreatry of Central Tibetan Administration's (CTA) department of security, earlier this month told IANS that there is a threat of harming the Dalai Lama by using drugs and poisonous chemicals.

"Since the government of India has extended Z-plus category security to the Dalai Lama, we have requested it to look into the feasibility to add chemical detectors to his security too," he added.

The NIA issued the security alert on Monday (July 22) after busting an Indian Mujahideen module at Hubli in Karnataka recently, said media reports, including Hindustan Times.