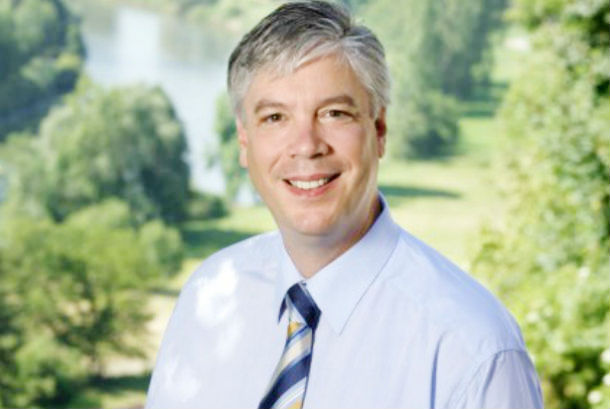 Dharamshala: - A member of the German Parliament and a prominent supporter of the Tibetan issue has pledged to work for the cause of Tibet and urged other parliamentarians to support the Tibetans' aspiration for freedom.

"The situation in Tibet has not improved over the last many decades. It is of utmost importance that our parliamentarians and Tibet groups should provide political support to Tibetans in their quest for freedom," said Mr Harald Leibrecht, a member of the Committee on Economic Cooperation and Development.

Sikyong Dr Lobsang Sangay, the political leader of Tibetans met with Mr Harald Leibrecht MP in Berlin during his Europen trip in 2011. Leibrecht is a senior member of the German Parliament and a prominent supporter of the Tibetan issue. He announced that he has vowed to keep working on Tibetan cause even after he retires from the German Parliament in next two months.

He is also the Coordinator for Transatlantic Cooperation on behalf of Federal Foreign Office and one of the co-chair of the Tibet Discussion Group in the German parliament.

In his message to the new parliamentarians who will be elected in the September elections, Mr Leibrecht urged them to raise the issue of Tibet during their meetings with Chinese officials and underlined that the parliamentary group on Tibet can make valuable contribution to the Tibetan cause.

"I was involved in the Tibetan cause before I became a member of parliament and will continue to support the cause through other ways after my retirement," said Mr Leibrecht.

Leibrecht, a senior member of the German Parliament, is the Coordinator of Transatlantic Cooperation in the Field of Intersocietal Relations, Cultural and Information Policy, German government.

The Human Rights Committee of the German parliament On April 24 this year strong urged the new Chinese leadership to open up a new chapter in their relations to the Tibetans, to look into the causes of the desperate acts and to bring about necessary reforms.
"The significant rise of self-immolations is an expression of deepest desperation about the lack of freedom, as well as about non-existent freedom of religion and the refusal of the Chinese leadership to respect a unique cultural identity," the Human Rights Committee said in its joint declaration.

In 2011, the three chairpersons of the Tibet Discussion Group in the German Parliament urged German Chancellor Dr. Angela Merkel in an open letter "to advocate for an immediate end to the Chinese violence towards the Tibetan people.

They highlighted that the monks and nuns of Tibet's various monasteries have been the most affected. "The Tibetan people are suffering and living with a feeling of cultural and religious genocide," the letter said.

They urged the Germany Chancellor to use all your leverage, so that the Tibetan people's basic human rights that are enshrined in the Chinese constitution will be respected.

They applauded the German Chancellor's for meeting His Holiness the Dalai Lama in the Chancellery and said, "you have already set a bright example."

The Chinese authorities in Tibet have adopted increasingly aggressive measures to prevent Tibetans from the widespread protests that shook the regime. At least 28 self-immolation protests to deaths peaked in the run up the ruling Communist Party's pivotal Party Congress last November.

Since 2009, at least 120 Tibetans have self-immolated reportedly to protest Chinese hardline and repressive rule in Tibet and of them 103 were reportedly passed-away from their severe burn injuries.