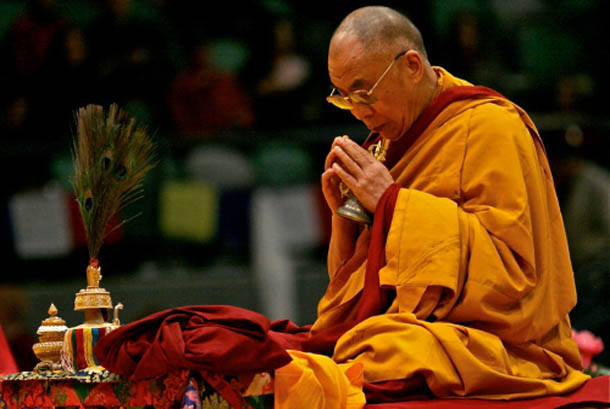 Dharamshala: - The spiritual leader of Tibet His Holiness the Dalai Lama Thursday, August 7, expressed happiness and relief with the successful heart surgery the former U.S. President underwent after his doctors found an artery blockage.

The Nobel Peace laureate wrote a letter dated August 7, 2013 to Bush, 67, after his Tuesday's surgery. His Holiness wished him a swift and complete recovery.

"His Holiness Dalai Lama wrote the letter from Leh (in Jammu and Kashmir) where he is on a three-week visit," office of His Holiness the Dalai Lama based in Dharamshala said.

Spokesman Freddy Ford told AP that Bush was discharged from Texas Health Presbyterian Hospital Wednesday morning and "is doing great."
Bush, 67, had a stent placed in an artery during the Tuesday procedure, which was done after an artery blockage was found during his annual physical Monday.

The blockage was discovered at the Cooper Clinic in Dallas and, following a recommendation by his doctors, Bush agreed to go ahead with the procedure.

George W. Bush is an American politician and businessman who was the 43rd President of the United States of America from 2001 to 2009.