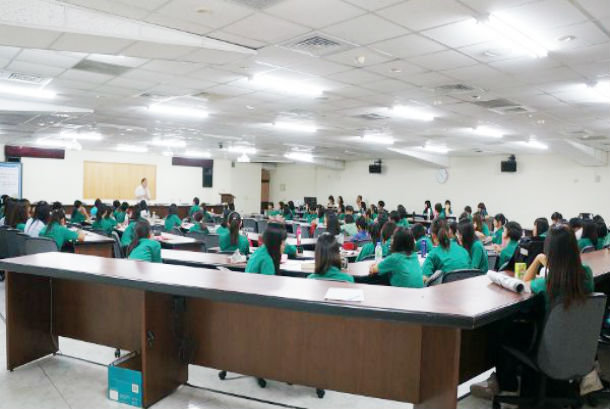 Taipei: - A talk on Tibet, including the waves of self-immolation protest against Chinese rule was held on August 9 at Taichung National Girls High School based in Taichung City, the third largest city of Taiwan.

According to the Central Tibetan Administration, the talk was organised by the Taichung National Girls High School and over one hundred Taiwanese students were attended the discussion on Tibet's past, present and the future. "The talk also addressed the issue of Tibetan self-immolation protests which has swept Tibet since 2009."

Mr Dawa Tsering, Representative of His Holiness the Dalai Lama in Taiwan was invited to the talk to speak at the event.

MrTsering spoke on Tibetan culture, history and reasons for Tibetan refugee's coming into exile and why Tibetan people set themselves on fire. He spoke about an hour followed by a brief question and answer session.

Before the talk two documentary films on Tibet 'Escape from Tibet' and 'Murder in Himalaya' were screened to the students.

Since 1998. seven exile Tibetans have set themselves on fire in India and Nepal in an escalating wave of protest against Beijing's rule in Tibet. Four of them reportedly died later, succumbing to their injuries.

At least 120 Tibetans have self-immolated in Tibet since 2009 to protest against the same hardline and repressive rule and of them 103 were reportedly passed-away from their severe burn injuries.