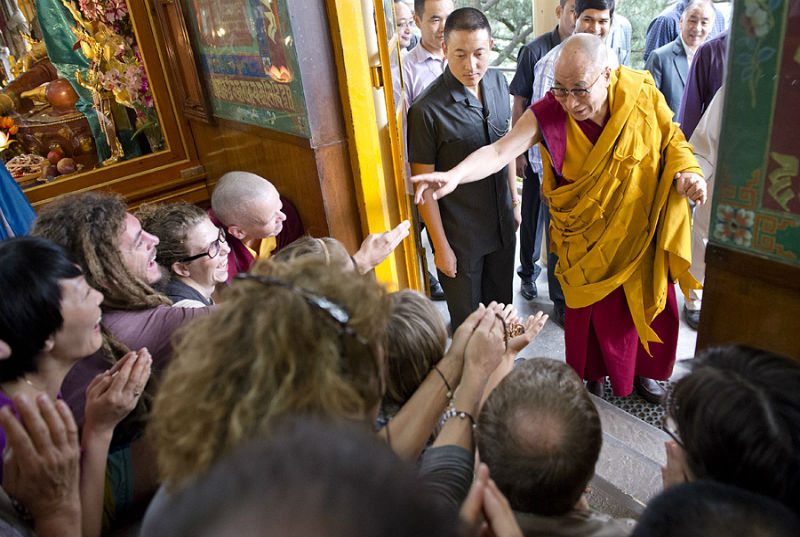 Dharamshala: - Before taking His 10-day trip to four European nations, the spiritual leader of Tibet, His Holiness the Dalai Lama will give a two and a half-day teaching and continue from Chapter 8 from Shantideva's A Guide to the Bodhisattva's Way of Life (chodjug) at the request of a group of Southeast Asians at the Main Tibetan Temple, from September 3 to 5, 2013.

After the three-day teachings in Dharamshala, india, His Holiness will be visiting four European states, including Latvia, Lithuania, Czech Republic and Germany, from September 9 to 19, 2013.

The Nobel Peace Laureate will talk on various topics, including 'the Culture of Compassion,' 'the Path to Peace and Happiness in a Global Society,' 'Compassion and Respect in Today's Society,' 'Strength Through Compassion and Tolerance' and 'Tibetan Buddhism,' during His upcoming visit to the four nations.

His Holiness will give a public talk on the Culture of Compassion in Riga, Latvia on September 9, 2013.

His Holiness is not only the spiritual leader of Tibet, but also an inspiring advocate and ambassador of world peace;- international recognition of his "tireless efforts and dedication to human rights and world peace.

Wherever His Holiness goes throughout the world, he talks about fundamental values: compassion, tolerance, forgiveness—referring to three main goals in life to which he is particularly committed;- fostering human values, promoting inter-religious harmony and the well-being of the Tibetan people.