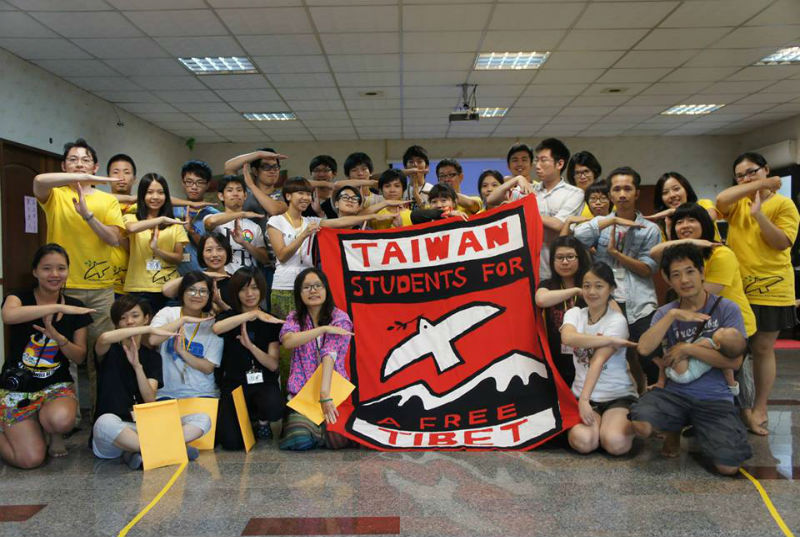 Taipei: - Since March 2009, there have been consecutive self-immolation incidents in Tibet. More than 100 Tibetans are known to have set themselves on fire to protest against Chinese rule. They did so to defend their own religious, cultural and ethnic identity, with the hope of Tibet's freedom and His Holiness The Dalai Lama's return to Tibet.

Obviously violation of human right in Tibet is rigorous as self-immolation is always the last resort to take. Facing such oppression, countries such as Australia, Austria, Belgium, Canada, Czech, Germany, Italy, Luxembourg, Poland, Sweden, Switzerland, Denmark and the U.S. have made their voice for justice to publicly express support to human right in Tibet.

Before the G20 Summit of 2013, worldwide Students for a Free Tibet (SFT) advocate an alliance to call for global solidarity in establishing a multilateral dialogue forum to jointly discuss the solution of Tibet issue.

The courage and sentiment to protect human right in Tibet with voluntary self-immolation are venerable. Taiwan, as a country pursuing after righteousness, justice, human right and freedom, shall not stay out of these issues.

We will have a non-violent peaceful activity in front of the Presidential Office Building on Wednesday 4th September, 0930am. We are recruiting 25 voluntary activists to participate in the rehearsal and this activity. The exact activity cannot be disclosed for now; we can only say that it is a non-violent peaceful activity. For those who are willing to join, please click the link below and leave your personal information. We will contact you ASAP!

Tibet is burning? World leaders unite for Tibet?We need your voice in Unite for Tibet on Wednesday 4th September!