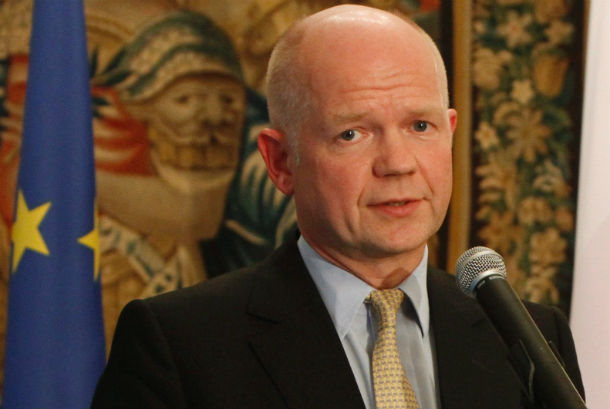 London, September 3, 2013: - Foreign Secretary William Hague has called upon the Chinese government to commute the death sentence of Tibetan nomad Dolma Gyab and to give him a reprieve. Dolma Gyab was sentenced to death for allegedly murdering his wife who self-immolated in March. Hague also called for "free and fair" trials in China that are "in line with international standards".

The Foreign Secretary was responding to a question asked by Nic Dakin, Labour MP for Scunthorpe, in the House of Commons on 3 September 2013. The question was prompted by Tibet Society, who raised concerns over Dolma Gyab's case with Mr Dakin and supplied background information.

Mr Dakin asked, "Will the Foreign Secretary raise concerns about Dolma Gyab's treatment and take steps to ensure that his human rights are respected by the Chinese authorities?"

Mr Hague responded, "Yes. According to state media reports, Dolma Gyab was sentenced to death on 15 August. We urge the Chinese authorities to commute the sentence and give a reprieve. We firmly believe that all trials should be free and fair and in line with international standards. We remain extremely concerned about reports of self-immolations and call on all parties to use their influence to bring them to an end."

James Gray, Conservative MP for North Wiltshire, asked, in a follow-up question, that if by making "excessively large noises" about human rights abuses with the Chinese government there was a risk to harm progress towards religious and political freedom?

Mr Hague replied, "I think that we should always be clear in the United Kingdom about our belief in universal human rights and never be afraid to give our advocacy for those rights. That includes relations with China."

Mr Hague also noted that the government is waiting for China to respond to proposed dates for the next UK-China human rights dialogue.

Dolma Gyab was sentenced to death on 15 August by a Chinese court in Ngaba, Sichuan province. Dolma Gyab was found guilty of murdering his wife, Kunchok Wangmo. Chinese state media said that Dolma Gyab had confessed to his crime and that the trial lasted just three hours.

There are serious concerns about Dolma Gyab's case and trial, not the least of which is that local Tibetans reported that Kunchok Wangmo self-immolated on 13 March. There are also fears that Dolma Gyab was tortured in order to extract a confession, and that due legal processes were not carried out.

Report filed by Tibet Society, the world’s first Tibet support group, was founded in 1959. Funded by its members, it has been working for over 50 years to seek justice for Tibet through parliamentary lobbying, campaigns and actions.