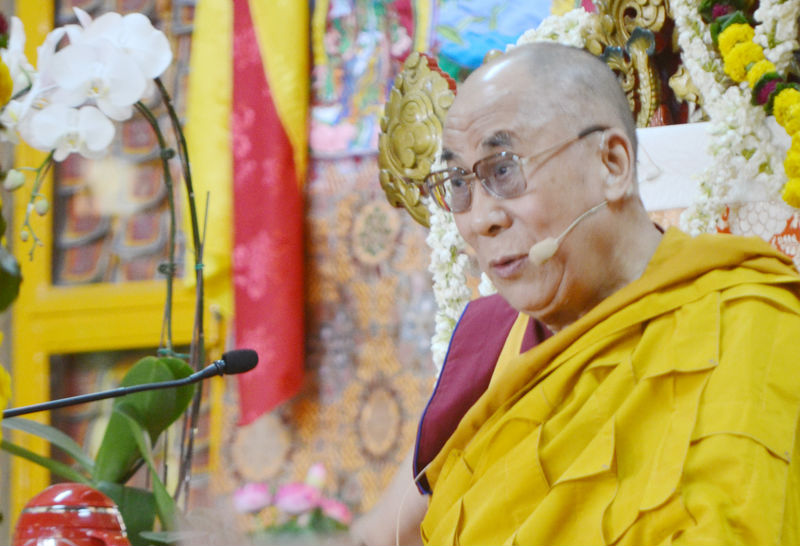 Dharamshala, September 5th 2013: - His Holiness the Dalai Lama concluded His teaching of Shantideva's "A Guide to the Bodhisattva's Way of Life" at the Main Temple in Dharamshala, India, with a series of blessings and initiations. The event, which was hosted at the request of a group of Southeast Asian Buddhists, focused on chapter eight of the revered text.

An audience of over 6000 devotees attended the event, including at least 450 guests from Southeast Asia, as well as monks, nuns and laypeople. In the cavernous yet modest shelter of the main Tibetan temple of Dharamshala, His Holiness led the disciples though vows and blessings, to embolden them in the future. 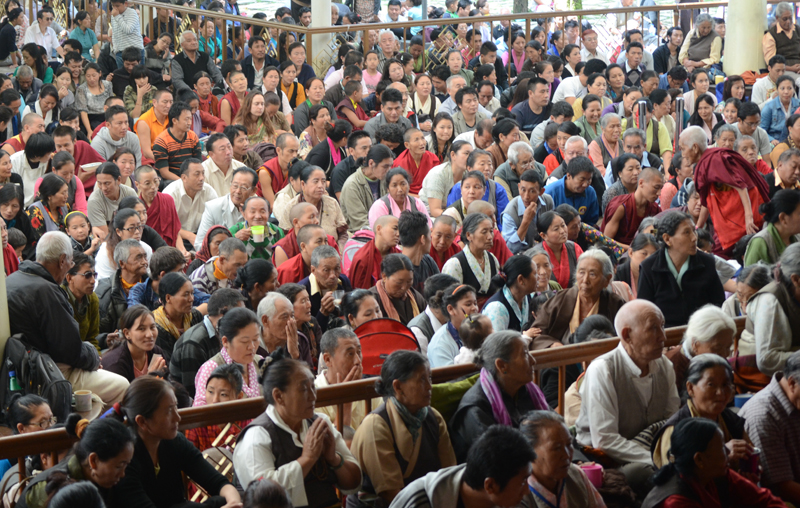 Despite a light showering of seasonal Himachal monsoon rain, the well-attended event smoothly rounded off yet another chapter in the series of precious teachings bestowed by Shantideva, and have formed an integral part of the calendar for his Holiness' numerous audiences; both local and global. During the session, the spiritual leader of Tibet implored the audience to focus on emptiness and selflessness, ensuring that those receiving the initiation attempt to 'clear all defilements from body speech and mind'.

Shantideva's "A Guide to the Bodhisattva's Way of Life" itself consists of a long poem describing the process of enlightenment from the first thought, to full Buddhahood, and is still studied by Mahayana and Vajrayana Buddhists to this day. It consists of ten chapters dedicated to the development of Bodhicitta (the mind of enlightenment) through the practice of the six perfections. 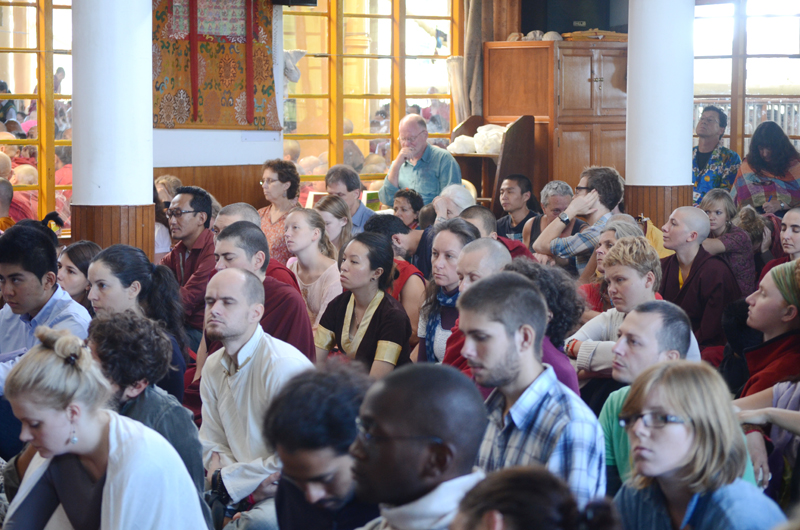 The teachings, which have lasted two and a half days, are available in Tibetan, with English, Chinese, and Vietnamese language translations, at http://www.dalailama.com/webcasts/post/296-a-guide-to-the-bodhisattvas-way-of-life. His Holiness is due to visit Latvia on September 9, discussing 'The Culture of Compassion', followed by visits to Lithuania, the Czech Republic, and Germany. His next teaching in Dharamsala will be from September 30 to October 3, on Nagarjuna's Sixty Stanzas of Reasoning (rigpa drugchupa) & Tsongkhapa's Concise Treatises on the Stages of the Path to Enlightenment (lamrim dudon), at the request of a group of Taiwanese disciples at the Main Tibetan Temple.