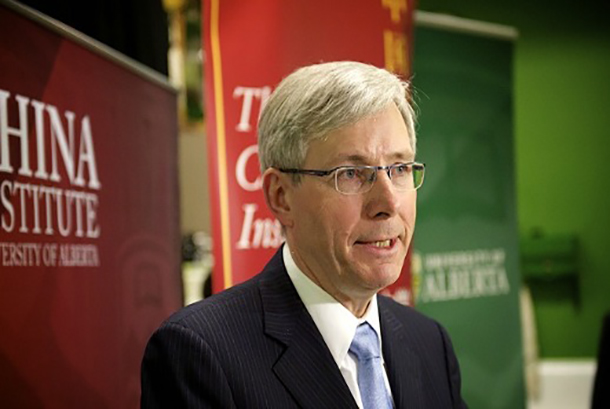 Dharamshala: - Canada's Ambassador to China, Guy Saint-Jacques, says he raised human rights issues with Chinese officials during a visit to Tibet. Saint-Jacques visited the Tibet Autonomous Region, from September 25 to 28, 2013.

During his three-day visit to Tibet, including capital "Lhasa and Shigatse Prefecture, he met with provincial and local officials to discuss developments in Tibet, including the human and religious rights situation," Canada's Ambassador to China said in a statement dated 4 October, 2013.

"In Shigatse, Ambassador Saint-Jacques visited a bakery run by the non-governmental organization Braille Without Borders in collaboration with the Tibet Disabled People's Federation, which was built with support from the Canada Fund for Local Initiatives and provides training to young Tibetans who are blind or visually impaired," the statement added.

It stated that "the Ambassador deepened his understanding of the historical, religious and contemporary context in Tibet through visits and discussions with monks at the Jokhang Temple, as well as the Tashilhunpo and Sera monasteries and Potala Palace."

The announcement came in a speech by Minister John Baird on the occasion of the John Diefenbaker Award presented on 31 October in Vancouver.

"Canada’s Ambassador to China recently had the opportunity to visit Tibet and raise concerns directly with officials. And our government has consistently called for an end to the prosecution and persecution of people for the practice of their religions or beliefs," said Baird.

"I certainly know that Canada's 22nd Prime Minister, Stephen Harper, is absolutely committed to protecting and promoting human rights at home and abroad. Human rights, freedom, democracy and the rule of law are core Canadian values that this government is proud to uphold and celebrate," Baird added.

Canadian Ambassador's visit to Tibet is "welcome news for Tibet," said the Canada Tibet Committee,adding "no details about the visit were provided."

The Canada Tibet Committee has consistently called for an investigative mission to Tibet by Canadian government officials. Last month, Canada joined other western countries in calling for an end to human rights violations in Tibet during a UN review of China's human rights record. China will respond to the recommendations in March.

This was Ambassador Saint-Jacques's first trip to Tibet. The previous visit to Tibet by a Canadian ambassador was in October 2011.