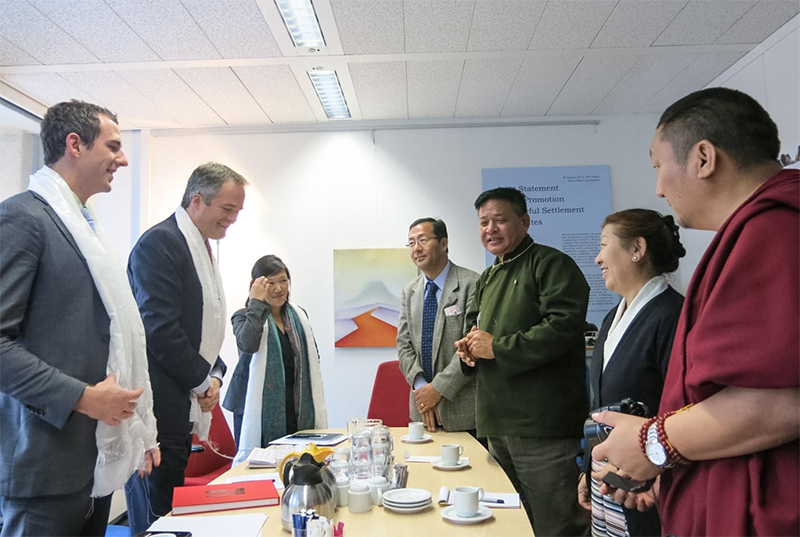 Amsterdam, November 14, 2013: - On conclusion of the French leg of the visit, the Tibetan Parliamentary delegation led by the speaker Mr. Penpa Tsering left to Holland on the 8th of November.

Some members of the delegations were interviewed by the national news media and their interviews were reported in various television and news media.

The delegation urged the foreign ministry to raise the issue of Tibet during the forthcoming visit of the Dutch Prime Minister to China. The Foreign Ministry and the Parliamentary Foreign Affairs Committee expressed their concern and anguish over the prevailing crisis in Tibet in relation to escalating cases of self immolations.

They also expressed their support for the mutually beneficial Middle Way Approach to the long standing issue of Tibet.

This parliamentary delegation is supported by ICT and the programs were devised in collaboration with the respective Offices of Tibet.

On completion of the Dutch leg of the advocacy, the delegation left to the capital of Germany, Berlin on 13th November.