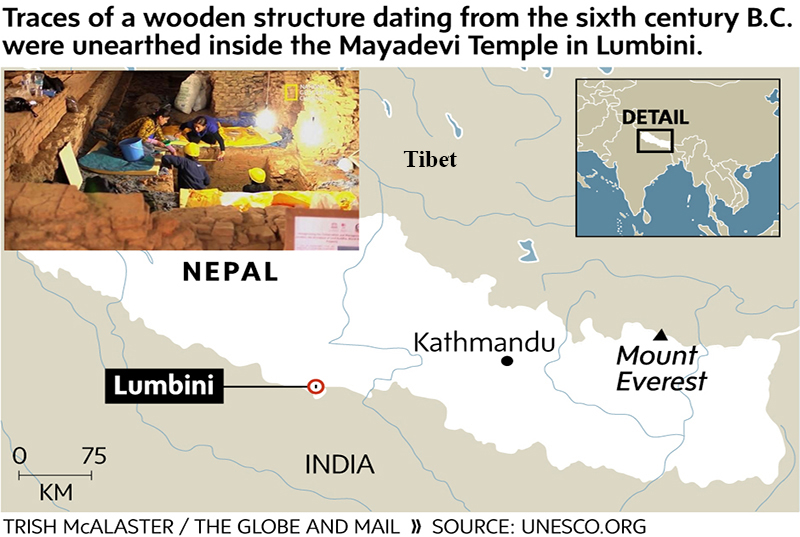 Dharamshala: - Archaeologists in Nepal digging at Buddha's birthplace say they have found remains of the oldest ever Buddhist shrine.

According to media reports, the Archaeologists have discovered traces of a wooden structure dating from the sixth century B.C. that they believe is the world's oldest Buddhist shrine.

Kosh Prasad Acharya, who teamed with archeologists from Britain's Durham University, said Tuesday, Nov. 26 that the structure was unearthed inside the sacred Mayadevi Temple in Lumbini.

The archaeological team dug underneath previously known brick structures inside the temple, and experts from Scotland's University of Sterling examined and collected the samples, he added.
The team has been working on the site for the past three years.

Each year, tens of thousands of Buddhists visit Lumbini, 280 kilometers (175 miles) southwest of Katmandu.
Followers believe Siddhartha, a prince, left his family and kingdom and meditated in the jungles of Nepal and India before achieving enlightenment.