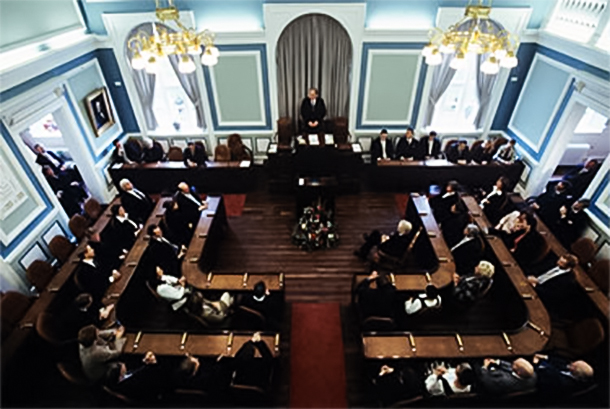 Dharamshala: - Denouncing the atrocities perpetrated against Tibetans in Tibet, a group of MPs from all Icelandic political parties except Prime Minister Sigmundur Davíð Gunnlaugsson's Progressive Party have submitted a parliamentary resolution encouraging the Chinese government to resume peace talks with His Holiness the Dalai Lama's representatives, ruv.is and Iceland Review Online report.

The resolution urges the Icelandic parliament to highlight concerns over growing violence against and oppression of Tibetans by the Chinese government.

It calls on parliament to condemn the crackdown on peaceful protests in Tibet and insist that the Chinese government not stand in way of the UN sending a delegation to investigate human rights abuses in Tibet.

Encouraging the Chinese government to initiate peace talks with the representatives of His Holiness the Dalai Lama, the MPs suggest that talks could take place in Iceland.
A statement accompanying the resolution said that many parliaments around the world have passed resolutions regarding the critical situation in Tibet.

The MPs believe that the Icelandic parliament should take a stance, particularly given that senior officials of the Chinese government have visited Iceland on a regular basis.

"We Icelanders have a moral obligation under our free trade agreement with China, which takes effect in early 2014, to highlight that we will not accept human rights violations of the kind outlined in the statement."

Last week Sikyong Dr Lobsang Sangay, the democratically-elected leader and political successor to His Holiness the Dalai Lama, reiterated commitment to dialogue to find a solution for the issue of Tibet within the framework of the Chinese constitution.

"The situation in Tibet is tragic and unfortunate. Over 122 Tibetans have set themselves on fire to protest against the Chinese government's policies of political repression, religious persecution, cultural assimilation, economic discrimination, and environmental destruction in Tibet," the Tibetan political leader told reporters in Shimla.