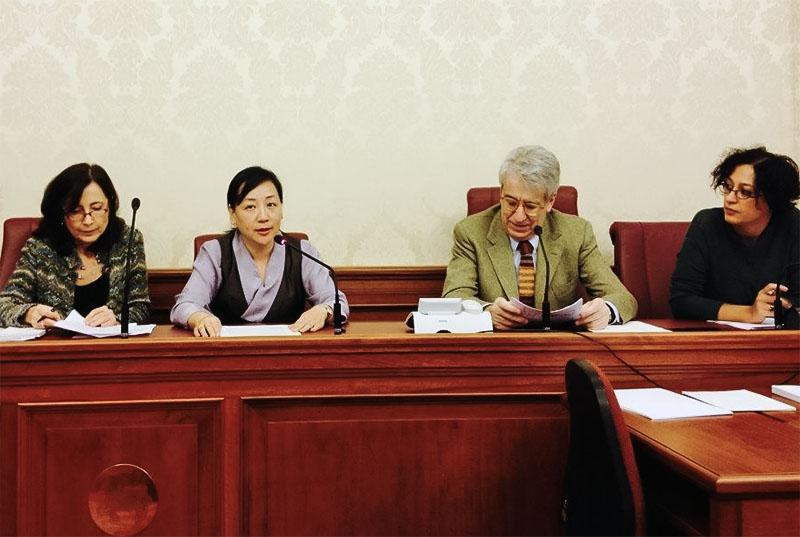 Ms Chhoyang testified before the Italian Senate's Extraordinary Commission for the Protection and Promotion of Human Rights, reporting on the state of Tibetans in Tibet as well as those in exile around the globe.

Kalon Chhoyang commenced her address by reminding the senators of the 297-year relationship between Italy and Tibet, which His Holiness the Dalai Lama has continued to cultivate by visiting Italy 25 times over the past 40 years.

She then delved into more concerning issues by stating, "News from our homeland is replete with tales of destruction including Tibetan language and environment, disappearances, discrimination, detention, imprisonment, torture and extrajudicial killing. The current number of known political prisoners in Tibet today is estimated to be as high 1,204."

To illustrate her report that "Tibetans have been made second-class citizens in their own land," the Minister cited a clandestine photograph from Tibet's capital of Lhasa. In the picture, a help-wanted sign offered Tibetans a salary of 30 RMB while it offered Chinese applicants a pay of 50 RMB for the same work. This disrespect, Ms Chhoyang stated, is indicative of Chinese mistreatment in all areas of Tibetan life. She cited such issues as blatantly contradictory to the Chinese government's "equality of nationalities" motto.

The diplomat continued her speech "by re-iterating Tibetan people's firm commitment to non-violence and dialogue. We do not view the Chinese nation and people with malice, but with respect."

She concluded, "The Central Tibetan Administration strives for a resolution to the situation inside Tibet through the Middle Way Approach which seeks genuine autonomy within the framework of the Chinese constitution." The Italian government's requested role in achieving this end, Ms Chhoyang noted, would include engaging China on the issue of regional autonomy and entreating the Chinese government to converse with His Holiness the Dalai Lama's envoys in an effort to end the abuse of Tibet.

"I urge you at this critical time to help us realize the aspirations of the Tibetan people," the Minister declared. "As we see justice prevail in different parts of the world, so it should be for Tibet with your support."