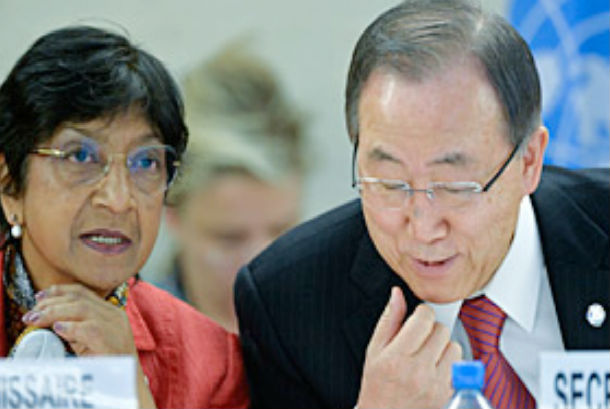 Geneva: - 5 March: A joint report released by the UN Special Rapporteurs on 24 February in run up to the UN Human Rights Council 25th Session in Geneva documents communications sent to the Government of People's Republic of China expressing concern about human rights situation in Tibet.

According to the Central Tibetan Administration,'t his Communications report of Special Procedures was sent in the second half of 2013.'

Special Rapporteurs are independent human rights experts with mandates to report and advise on human rights from a thematic or country-specific perspective.

The Special Rapporteurs for Freedom of expression; Freedom of peaceful assembly and of association; Freedom of religion; Summary executions; Torture and Violence against women wrote to China on 22 July 2013 about the "excessive use of force in dispersing a peaceful religious gathering of Tibetans celebrating the birthday of the Dalai Lama."

The UN communication further said, "According to the information received, on 6 July 2013, when monks from Nyitso monastery and nuns from Gedhen Choeling nunnery, as well as laypeople, gathered at the bottom of the Machen Pomra mountain in Dawu, Ganzi county, to celebrate the birthday of the Dalai Lama, security forces brutally dispersed the peaceful crowd, opening fire and using tear gas. It is reported that several individuals were critically injured, as well as arrested and detained."

Chinese People's Armed Police opened fire on a crowd of unarmed Tibetans who were celebrating the birthday of His Holiness the Dalai Lama on 6 July 2013 on the slopes of a mountain in the town of Tawu, Eastern Tibet. The shooting injured 11 Tibetans and two of them critically. 14 Tibetans were savagely beaten and detained, and were later released.

In two separate communications sent in June 2013, the UN Special Rapporteurs for Arbitrary detention; Freedom of expression; Freedom of peaceful assembly and of association, and Human rights defenders expressed concern about the arrest and sentencing of Mr Wangchuk Dorje, a Tibetan student who had lead a peaceful protest in November 2012 calling for "freedom to study the Tibetan language, equality between nationalities, and the return of the Dalai Lama."

On 9 November 2012, thousands of Tibetan students took to the streets in Malho prefecture's Rebgong county demanding greater the right to use Tibetan as their language of instruction in the schools instead of Chinese.

Mr Wangchuk Dorje, a student of the Middle School of Nationalities, Huangnan Tibetan Autonomous Prefecture was sentenced to four years' imprisonment. A recent report by Radio Free Asia said Mr Wangchuk Dorje was in poor health according to family members.

The special procedures of the Human Rights Council are independent human rights experts with mandates to report and advise on human rights from a thematic or country-specific perspective.

The system of Special Procedures is a central element of the United Nations human rights machinery and covers all human rights: civil, cultural, economic, political, and social. As of 1 October 2013 there are 37 thematic and 14 country mandates.