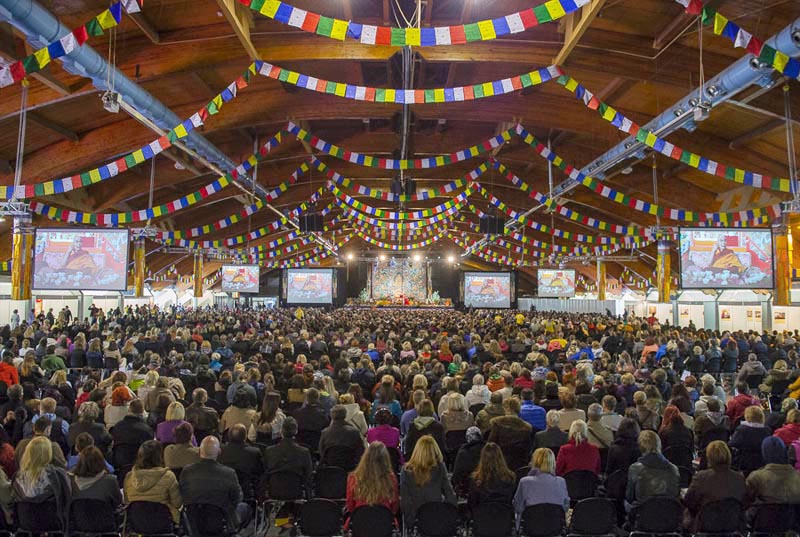 Riga, Latvia, 3 May 2014:—The spiritual leader of Tibet His Holiness the Dalai Lama arrived in Riga, capital of Latvia, on Saturday, 3 May, where he was warmly welcomed at the airport by members of 'Save Tibet - Latvia' and 'Save Tibet - Russia' and their spiritual director Telo Tulku.

Members of the Press asked His Holiness if he had any comments to make, as that day is the Restoration of Independence Day. On 4th May1990 the independence of the Republic of Latvia, which had been originally proclaimed in 1918, was restored.

"I would like to express my greetings and congratulations to you. I think it's encouraging to note how things changed between the early and later parts of the 20th century. In 1996, I met the British Queen Mother, who was then 96 years old and so had observed almost the whole 20th century in the course of her life. I asked her if she felt the world was the same, had it got worse or had it got better," His Holiness responded to reporters and said.

"Without hesitation she said it was better. She said that when she was young there was no concept of self-determination or human rights and yet today these are accepted as universal. In many parts of the world there is greater freedom. Nevertheless, within the family of 7 billion human beings we still need to make an effort to improve respect for human rights whatever superficial differences there may be between us. In this connection I believe that sometimes smaller nations like the Baltic States can be more effective and take the lead," the 78-year-old Nobel Peace laureate added.

Turning to burly writer and philosopher Arnis Ritups, who he has met before, His Holiness asked how he was feeling. Ritups replied that he felt weak. And when His Holiness wanted to know why, he told him because he has so many stupid thoughts. 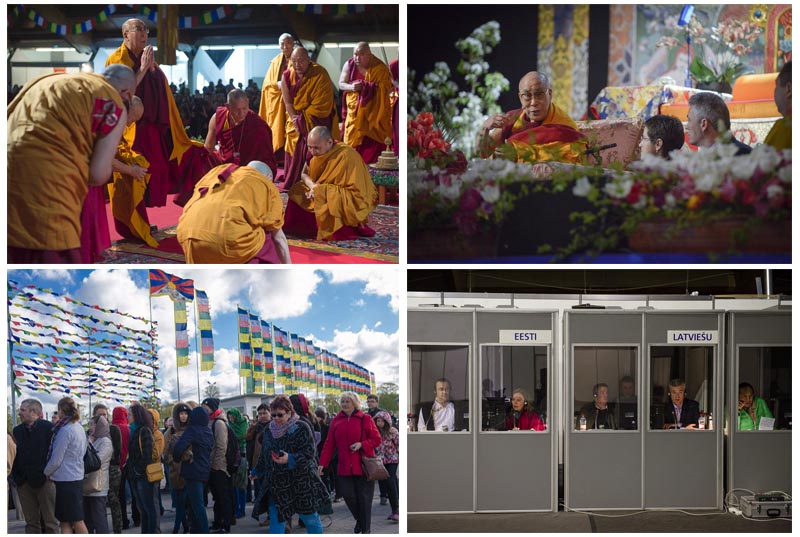 "I agree," His Holiness responded, "too often we are entangled in short-sightedness. We need to adopt a more far-reaching view. We forget our basic human values. If we want to live in a better world, who do you think is going to bring it about? Only we human beings. Such change won't come about as a result of government or UN action, but at the initiative of individuals. What we need is confidence and determination."

His Holiness is in Riga to give two days of teachings on the 'Heart Sutra' and the '37 Practices of Bodhisattvas', which will begin tomorrow at the Kipsala International Exhibition Centre.

Tibet lost its independence in 1959, when the Chinese communist militarily occupied the Tibet plateau—leading the Tibetan leader escaping Tibet to take political refuge in India. This includes the killing of 1.2 million of 6 million Tibetans and destroying of more than 6000 monasteries, temples and other cultural and historic buildings.