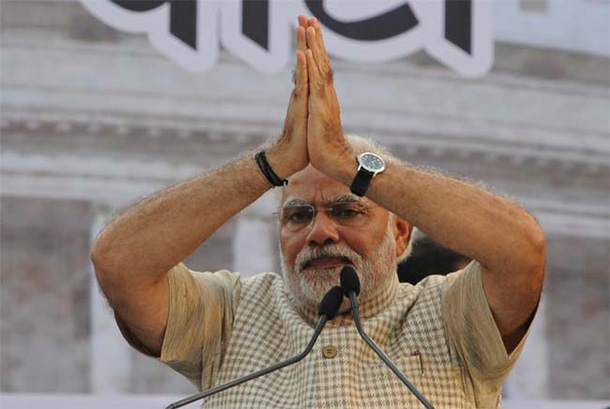 Dharamsala: - The Tibetan exile administration is based in Dharamshala, India on Friday (16 may) congratulated the BJP on its victory in the elections, and said 'India is truly the largest democracy in the world.'

'The Kashag [Cabinet] today congratulated the Indian leader Narendra Modi and Bharatya Janata Party for the landslide victory in the 16th Lok Sabha election,' Sikyong or the political leader of Tibetans, Dr. Lobsang Sangay said in a press statement.

said: "I take this opportunity to thank the United Progressive Alliance (UPA) government for their unwavering support for the Tibetan people during its two full terms. I also congratulate the incoming National Democratic Alliance (NDA) government led by Bharatya Janata Party."

The people of India have strongly affirmed their democratic rights by setting a new benchmark with highest-ever voter turnout of 66.4%. India is truly the largest democracy in the world. With unity in diversity as its core principles, India continues to practice vibrant democracy with development.

According to reports, more than 800 million voters. Over 930,000 polling booths. And the battle to lead the world's largest democracy.

The BJP, led by its prime ministerial candidate Narendra Modi, looked set to win the Lok Sabha elections, with close to 272 seats on its own. The alliance it leads—National Democratic Alliance (NDA)—seemed set to cross the 330 mark.