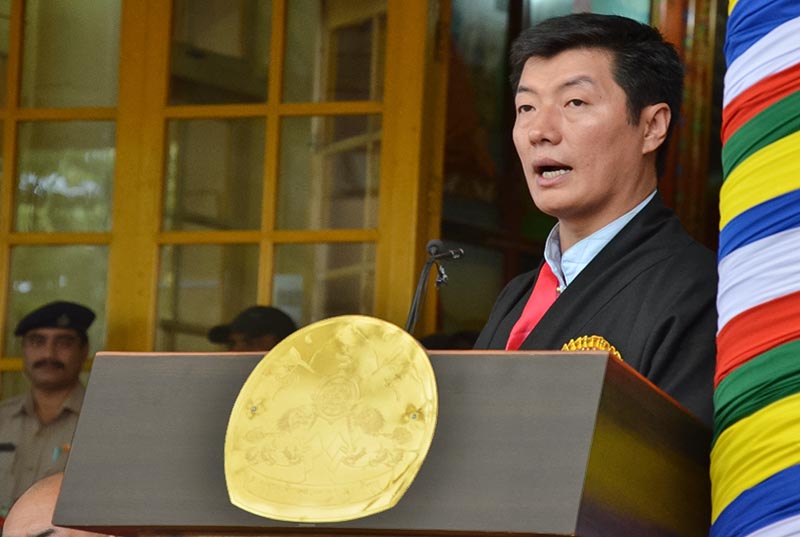 Dharamshala, 6 July, 2014: - Reiterating the Tibetan administration's pledge to fulfill the vision of His Holiness the Dalai Lama and the aspirations of the Tibetans inside Tibet, Sikyong Dr Lobsang Sangay said he hopes China will soon realize the middle way as a mutual solution to the Tibet problem.

Describing His Holiness the 14th Great Dalai Lama's birthday as joyous and special occasion, Dr Sangay said the Tibetan administration "wishes to reiterate the Kashag's belief that this will only be resolved through dialogue with the Chinese government. It is our hope that the new Chinese leadership will soon realize the fact that the Middle Way Approach is a mutually beneficial solution to the Tibet problem."

In this campaign, Sikyong said "a rich array of information and materials on the Middle Way Approach will be distributed in many languages through websites and social media. Closer to home, the Kalons and Secretaries of the CTA will visit Tibetan settlements and generate mass awareness about the Middle Way Approach, in the earnest hope that all Tibetans will actively participate in this crucial effort."

Despite the suffocating environment of fear and repression inside Tibet for the past 60 years, he said "the Tibetan people have resolutely kept their hope and pride alive. They have placed their aspirations in His Holiness the Dalai Lama and anxiously await his return. This profound desire for His Holiness the Dalai Lama's return and for freedom in Tibet are the common rallying cries of the 130 people who have committed self-immolation as an act of protest against China's oppressive rule."

"Despite our repeated appeal against drastic actions, the heart-wrenching series of self-immolations witnessed across Tibet has amplified the true aspirations of the Tibetan people not only to the Chinese government, but also to the world at large," he added.

Sikyong said that "With unity, innovation and self-reliance as our guiding principles, we pledge to fulfill the vision of His Holiness the Dalai Lama and the aspirations of the Tibetans inside Tibet and all the Tibetans who left us, i.e. to restore freedom for Tibet."