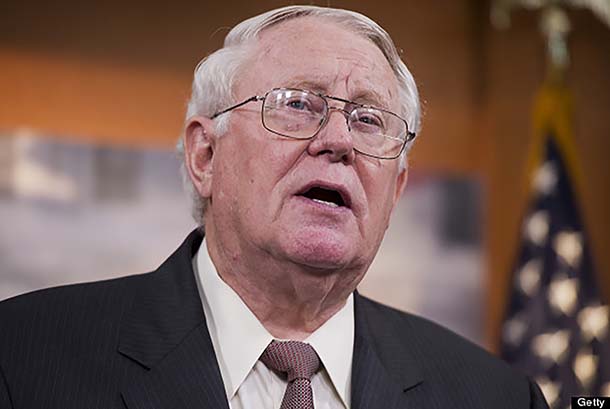 Dharamshala: - Mr. Joe Pitts, a senior member of the US House of Representatives from Pennsylvania, and co-sponsor of the Reciprocal Access to Tibet Act of 2014, has urged China to allow U.S. officials, journalists, average citizen, and religious pilgrims from nations around the world to visit Tibet.

"For over five decades now, the Chinese Communist Party has ruled Tibet harshly and has treated the Tibetan people with great disdain," he said on the floor of the US Congress on 15 July.

"The current regime says that Tibet is open to all visitors, but the truth is that actual access is highly restricted and is subject to arbitrary closures. It is difficult for tourists to access the region, and it is almost impossible for journalists and diplomats to get in to report on conditions."

The Reciprocal Access to Tibet Act of 2014 was a bi-partisan bill sponsored by US Congressman Jim McGovern and co-sponsored by Rep. Joe Pitts. The bill promotes access to Tibetan areas of China for U.S. officials, journalists, and average citizen. The bill also calls for restricting access to America for those Chinese officials responsible for blocking travel to Tibet.

"When Chinese officials get visas to the U.S., they are not kept out of certain States or cities. They are free to travel our Nation, as are Chinese tourists and reporters. It is time that the Chinese Government lives up to its word and allows access to Tibet, not only for Americans, but for the many religious pilgrims from nations around the world," he said.

"This is a matter of basic fairness and is critical to ensuring that human rights are protected in Tibet," he said.

Gary Locke, former US ambassador to China also urged the Chinese government to open up Tibet to foreign diplomats, journalists and tourists, after  his three-day trip of Tibet in Last.'

Loke also visited Ngaba in north-eastern Tibet in September 2012, where most of the self-immolation protests have taken place. he also met with government officials and local residents during a stop in Ngaba county.