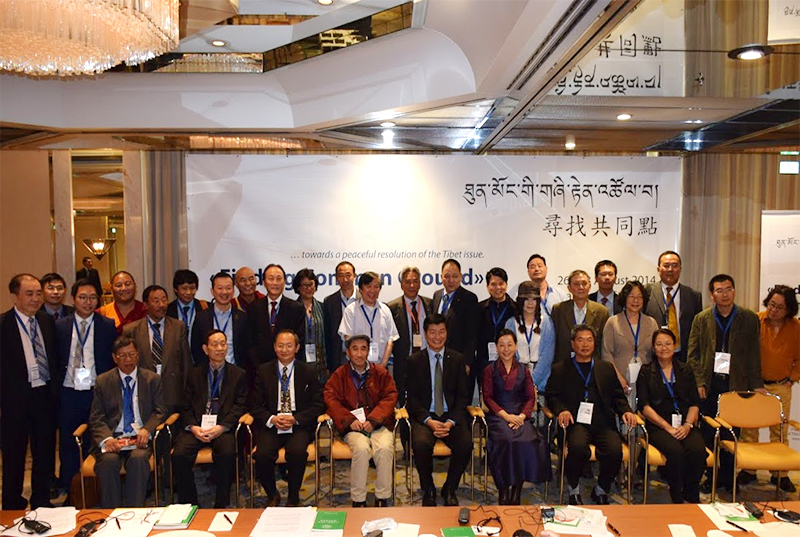 Dharamshala: — The Middle Way Approach (MWA) advocated by His Holiness the Dalai Lama is in tune with the reality of the current world situation and has garnered widespread international support,' Dr Sangay said in his statement to a conference of Chinese and Tibetans under the theme 'Finding Common Ground.' at Hamburg, Germany.

Dr Sangay points to the widespread support from across the world for the MWA as a positive signal. "It gains more support every year from the Chinese community and some of the most respected Chinese intellectuals and artists endorse dialogue. Chinese intellectuals include Liu Xiaobo, the imprisoned Nobel Laureate who was one of the co-authors of an open letter in 2008 that expressed support for His Holiness the Dalai Lama's peace initiatives."

"Since then, more than 1,000 articles and opinion pieces have been written by Chinese scholars and writers supporting dialogue to resolve the issue of Tibet—including a report by the Beijing-based legal NGO, the Gongmeng Constitutional Initiative, describing the grievances of the Tibetan people and calling for policy review," Sikyong said, adding: 82 Chinese NGOs based in 15 countries sent a petition to the United Nations, the E.U., various parliaments and governments in 2012, exhorting them to "urge the Chinese government to start negotiations as soon as possible.

Other Chinese intellectuals who support dialogue, including Wang Lixiong, a well-known writer, Zhang Boshu of the Chinese Academy of Social Sciences and a constitutional expert, Ran Yunfei of Sichuan Literary Periodical, Yu Haocheng, a senior member of the Communist Party and legal expert based in Beijing, Su Shaozhi, former economist at the Chinese Academy of Social Sciences and Yan Jiaqi, a close aide of former CCP Party Secretary, Zhao Ziyang."

The late Baba Phuntsok Wangyal, a senior Tibetan official of the Chinese Communist Party, stated that "the Dalai Lama's Middle Way Approach of seeking only a meaningful autonomy for Tibet rather than independence, in the present historical context, is an expression of the great responsibility he takes in giving serious thoughts over the fundamental interests, future and fate of Tibet and the Tibetans as a whole.

After President Barack Obama's meeting with His Holiness the Dalai Lama on 16 July 2011 and again on 21 February 2014, the White House applauded "the Dalai Lama's commitment to non-violence and dialogue with China and his pursuit of the Middle-Way Approach," and encouraged "direct dialogue to resolve long-standing differences", saying "that a dialogue that produces results would be positive for China and Tibetans."