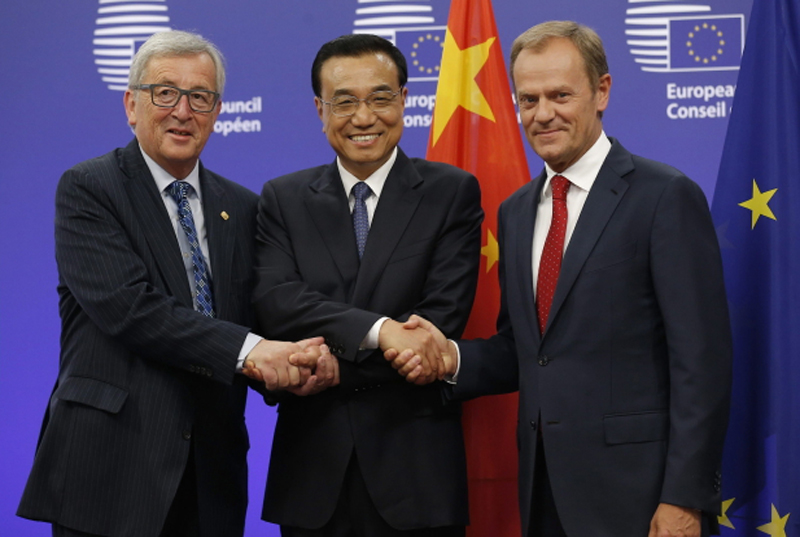 Brussels — President of the European Council Donald Tusk has urged Prime Minister of China Li Keqiang to initiate meaningful talks with the spiritual leader of Tibet His Holiness the Dalai Lama, at the 17th bilateral EU China summit in Brussels.

Speaking at a joint press conference with the Chinese leader on Monday evening, President of the European Council Tusk praised "China's ambitious reform process," but expressed that this could be expanded to other spheres.

"Today, we decided to reinforce our EU-China 2020 Strategic Agenda, which frames our relationship. We have also agreed with Premier Li the priorities for the up-coming year. This is an impressive list," Tust said.

"It ranges from trade and investment to human rights and migration; from security and defence to climate change and development. And beyond," he added "On many of these issues, we have moved forward today. Because we share strategic interests. But also because of our commitment to address global challenges together."

"We support China's ambitious reform process and have no doubt that it will be a success. We also discussed how we could further improve cooperation on human rights at the bilateral and international level," he said.

"I expressed our concerns on freedom of expression and association in China, including the situation of the persons belonging to minorities such as Tibetans and Uighurs,"

"In that context, I have encouraged China to resume a meaningful dialogue with the Dalai Lama's representatives." President Tusk told members of the media at the joint press conference.

"Finally, I am glad we could agree that the next round of our human rights dialogue and the second visit of the EU Special Representative for Human Rights to China will both take place, separately, in November this year," the EC leader said.

"Our agenda also includes global challenges, which we need to face together, such as climate change and development. We discussed how to promote low carbon and climate-friendly investments bilaterally and internationally," he added.

"We agreed to aim for a fair and ambitious deal at the climate conference in Paris in December. One shared goal should be to keep global average temperature increases below 2 degrees Celsius compared to pre-industrial levels," Tusk further said.

The European Commission (EC) is the executive body of the European Union responsible for proposing legislation, implementing decisions, upholding the EU treaties and managing the day-to-day business of the EU. Commissioners swear an oath at the European Court of Justice in Luxembourg, pledging to respect the treaties and to be completely independent in carrying out their duties during their mandate.