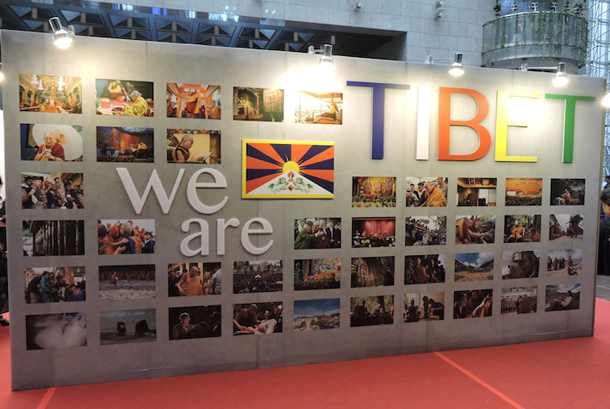 Taipei, Taiwan — A four-day grand photo exhibition featuring over 100 photographs and collages of His Holiness the Dalai Lama and Tibetan culture opened on Friday morning, in Taipei, the capital of Taiwan.

According to the report, "the exhibition also features photographs of Woeser, the award-winning Tibetan writer, poet and blogger based in Beijing."

The exhibition is one of the several events planned this week to celebrate the 80th birthday of His Holiness the Dalai Lama.

Earlier, on 21 June, over 3,500 people attended the 2015 Blessing Concert for His Holiness the Dalai Lama at the Taiwan International Convention Center. Similarly, the Students for Free Tibet Taiwan held the First Tibetan Literary Awards at the Deng Liberty Foundation, the memorial museum of the Taiwanese self-immolator Nylon Deng.