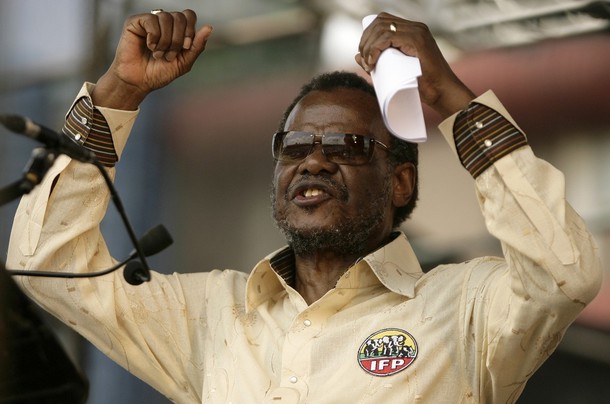 Mangosuthu Buthelezi, leader of the South African Inkatha Freedom Party (IFP), will attend a summit on China's rule of Tibet in Rome, despite China's request for him not to.

Ilanga newspaper yesterday repor­ted that the Chinese government is trying to persuade the IFP not to join the summit of world leaders later this month.

China's Consul General, Liu Yantao, reportedly wrote to Buthelezi, who is a friend of His Holiness the Dalai Lama, asking him not to take part.

IFP spokesman Thamsanqa Duma countered the letter by announcing, "Buthelezi will leave in the next few days. He will attend the meeting in Rome."

Chinese attempts to persuade the South African government to block Buthelezi also failed. The government is said to have told China that South Africa is a democratic country which allows its citizens to travel anywhere they wish.

In March this year, South Africa refused to grant His Holiness a visa to attend a peace conference in Johannesburg. However, following international criticism that it was bowing to Chinese pressure, the government eventually reversed its ban.

On Wednesday this week, China said it is against any foreign leaders having contact with the Dalai Lama, after a US White House official said that President Barack Obama would be ready to meet His Holiness "at the appropriate time."